You are invited to drop into the HBPA office and meet the staff and learn more about current projects and how you can get involved in helping to improve the industry. There are no membership fees. Remember – This is your organization. Become an active participant and one of the “Horsemen Helping Horsemen”. 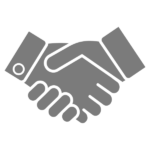 Learn More About Us

We urge all horsemen to join the HBPA, and urge you to take an active role in the direction and policies of your organization. By doing so, you are affirming your confidence in the goals and future endeavors of the HBPA. Lets bring our community closer together and welcome new members. 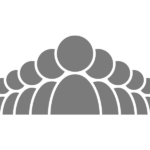 Click here to read the Spring 2022 edition of “The Horsemen’s Journal” published by the National HBPA. 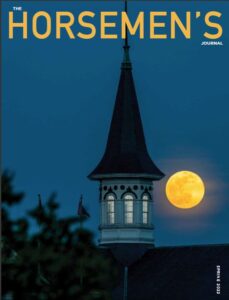 Representing thoroughbred owners and trainers at all five tracks in Kentucky.

Pretty cool! Ellis Park edges Saratoga for producing the most Kentucky Downs Racing winners! Thanks to Dick Downey for that stat!

Among the gold nuggets unearthed from the recently concluded FanDuel Meet at Kentucky Downs, as researched by our resident historian/statistician Dick Downey, who has attended the vast majority of meets since the track opened up as Dueling Grounds:
From 73 races, 50 winners (68.5 percent) last raced at five tracks in the eastern U. S. Ellis Park produced 17 winners, edging Saratoga’s 16. An impressive seven winners came out of races at Colonial Downs, while six last raced at Churchill Downs. Four winners most recently competed at Gulfstream Park.
There were six debut winners.

(The lone winner to race twice at this meet was Freedom Matters, trained by Saffie Joseph, Jr. and ridden by Edgard Zayas for Mercy Man Racing on closing day. He finished third at the track on opening day, Sept. 1.)

Ellis Park edging Saratoga would seem a sign of the growing strength of the entire raising circuit. Kentucky Downs runs very few claiming races, which might seem to favor Saratoga horses. But in maiden races and allowance races, Ellis Park more than held its own. Stakes, too, with a prime example being Kitodan, who got beat in Ellis Park’s $100,000 Henderson Turf Mile but was a dominant winner in Kentucky Downs’ $750,000, Grade 3 Big Ass Fans Dueling Grounds Derby over runner-up Grand Sonata, whose prior start was at Saratoga.

Kentucky Downs has canceled the Sunday, Sept. 4, card. The plan/hope is to move the entire card in tact to Monday, Labor Day. An updated decision will be made Sunday no later than 5 p.m. CT/6 p.m. ET when we have a better handle on the weather. Tickets for Sunday will transfer over to Monday’s card. We will keep you updated as information becomes available.

(Coady Photography photo of Chop Chop nosing out Towhead to win the $500K Aristocrat Gaming Juvenile Fillies in the rain before the remainder of Saturday’s card was canceled.) … See MoreSee Less

Sign ups have started for @kentucky_hbpa College Day! Come to the middle of the tunnel to sign up to win a $1,000 scholarship or iPad Mini! Every race we are giving away a scholarship and iPad mini. Must present college ID or admission letter to enter. #EllisPark #CollegeDay #HBPA …

“I want him to continually get respect. The money, that’s great. But that’s not what this is about.”