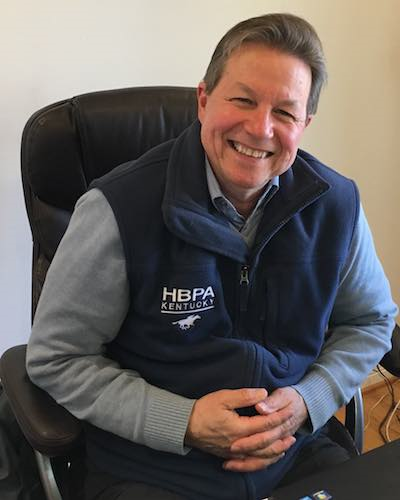 Maline, the brother of a jockey, worked summers during high school and college for trainer Tom Bischoff, who would become known as Steve Cauthen’s uncle. “In fact when I was grooming for Tommy, when Steve was very young, we used to raise hell because he’d sit on bales of straw and hay and whip them to practice his riding,” recalls Maline, who as a groom had to clean up the mess left by the future Hall of Fame jockey. Maline worked as a zookeeper at the Cincinnati Zoo and was an inspector for the health department in northern Kentucky before joining the HBPA. But even with his racetrack background, he acknowledged facing a learning curve. Upon his first trip to Ellis Park, Maline thought people were looking at him as if they weren’t happy to meet him. Finally the wife of the tack shop owner told him, “You want me to give some advice, sonny? Lose the suit.”

His first meeting of the Kentucky racing commission happened to be the one where powerful commission chairman Bill May shut down Miles Park in southwest Louisville. Maline says his proudest moment came when a federal appeals court ruled in favor of the Kentucky HBPA in its 2001 lawsuit against Turfway Park after the track sent out its race signal to an out-of-state outlet without the Kentucky horsemen’s approval. The court determined that the rights of horsemen under the Interstate Horse Racing Act of 1978 supersedes simulcasting contracts between racetracks. The case remains the gold standard in upholding horsemen’s right to control where the signal is sent that shows their horses racing. “It’s become so pivotal for the whole industry,” Maline says. “Now there’s no one who can question that we have the rights. When Congress passed the Interstate Horse Racing Act in 1978, they determined who better to determine where our signal should go? If you relied totally on the racetracks, they’re all about the bottom line. They don’t care about the future of racing, but horsemen do. It’s still the seminal case that determines horsemen’s rights.” Maline says watching that case play out in court proved an impetus for getting his own law degree. Another proud accomplishment: Helping to get the regulation changed to where revenue from uncashed parimutuel tickets go into a fund for needy horsemen — the Kentucky Racing Health and Welfare Fund — rather than into the state’s General Fund. 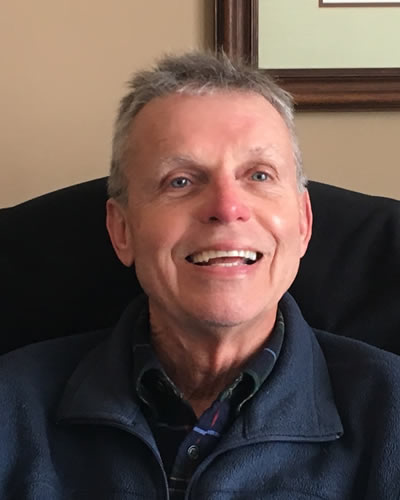 John Griffith grew up in Evansville, Ind., and was going to Ellis Park with his dad from the time he was a tyke. He calls being Kentucky HBPA’s treasurer — a post he’s held since 1988 — his dream job, combining his love of horse racing with his accounting background. It’s a job that has become increasingly complex. When Griffith started, calculating what was owed the horsemen’s purse account from wagering was a pretty basic formula, with wagering in Kentucky held only at the track racing live and with few multi-horse wagers outside the daily double (such bets having a higher takeout than straight wagering). “It probably took five or 10 minutes to know how much was due horsemen for purses earned that particular day,” he says, noting that the track and racing commission would also sign off on the calculation. “That’s how simple it was.” Today there are hundreds of different off-track sources of purse money, involving varying percentages to horsemen.

Griffith’s responsibilities include making sure horsemen get what they have coming under terms of the HBPA’s contracts with the racetracks and their simulcast outlets. He compiles monthly financial statements for the board, prepares the tax returns for the auditors, approves all the bills to be paid and creates the annual budget. “I’m quite proud that from year to year, I get pretty close,” he says of the budget. “I low-ball income and high-ball expenses, so hopefully it comes together at the end.” Griffith went into the trucking business after earning a bachelor of science degree in accounting at Indiana State University. When that industry was deregulated, Griffith figured the small carriers would be in trouble and that it was time to seek out another profession. Reaching back to his love of horse racing, Griffith attended the old Kentucky Equine Institute’s six-month program at the Kentucky Horse Park.

To the temporary chagrin of his parents, he sold his house and moved to Lexington without a long-range plan. At KEI, he learned about horses and was prepared for entry jobs both on the track and at breeding farms. Griffith considered trying to become a trainer, but stints as a hotwalker and groom convinced him that “you know, this seven days a week is a little tough.” Out of the blue, he cold-called then-Keeneland president Bill Greely, offering to work for free in exchange for the opportunity to learn and get experience. The horsemen’s bookkeeper had just had a heart attack, and Griffith was brought into the bookkeeping office on a temporary basis. “Bill said, ‘And by the way, we’re going to pay you,’” Griffith recalls. “I said, ‘That will work fine.’” Griffith in the course of his work soon met Kentucky HBPA executive director Marty Maline. The next spring, when the HBPA’s numbers guy left, “I told Marty, ‘I’m your man,’” Griffith says with a laugh. “I had no idea who the HBPA even was. But I said it’s sounds like an opportunity, and I told Marty what my background was…. I promise you from the bottom of my heart, this is an absolute dream come true.” Griffith didn’t even have a title when he became the Kentucky HBPA’s new numbers guy in May,1988. By the way, his parents were thrilled with how his career path turned out. 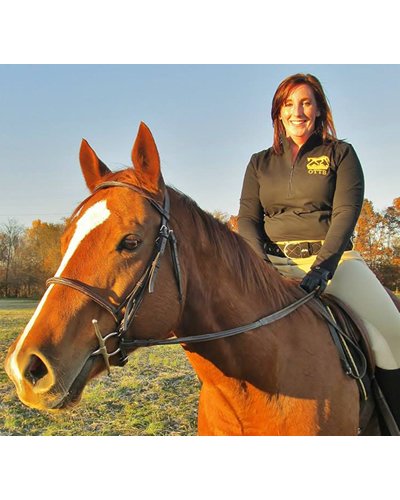 Originally from Buckner, Ky., Sara Toomey is a graduate of the University of Louisville’s Equine Business Program. After graduating from Mercy Academy, Toomey spent a year at William Woods University in Missouri to study barn management and western-seat equitation, two more years at the University of Kentucky with a pre-veterinarian curriculum and then — her vet aspirations in part extinguished after working in UK’s slaughter house — landing at U of L. “Because I came out of a science major into business, a lot of my credits didn’t transfer,” said Toomey, who attended night school at U of L while working full time. “So I actually graduated with seven minors because of how many extra credits I had.” Terri Burch, the program director for U of L’s equine program, helped Toomey get hooked up in a part-time position with the Kentucky HBPA as benevolence coordinator in 2008. Six months later, she was promoted to office manager.

It was not exactly the career path she’d envisioned growing up riding quarter horses. “Once I got in the industry, I realized how passionate the trainers are about their horses and how they really do care about their well-being,” she said. “From there, I got on board and actually ended up with my own thoroughbred along the way.” Toomey acquired her off-the-track mare, Lady Wynne, from Kentucky HBPA board member Buff Bradley and owner-breeder Nelson Clemens. Lady Wynne shows in hunter-jumper classes in Prospect, Ky. She continues her responsibilities as benevolence coordinator. “I kind of do a little bit of everything,” she said. “We all do, because we’re such a small office. Everybody does everything. I’m basically Marty’s assistant, I assist the board, oversee all the offices, I schedule maintenance that needs to come up around the office. Really anything that comes up, including special projects like the website.”

Julio Rubio has been with the Kentucky HBPA since 2000. He was living in San Diego when he came to Louisville on vacation and wound up accepting a job at UPS. While taking college courses, he heard about a temporary position with the Kentucky HBPA as Hispanic liaison. That quickly morphed into full-time employment with expanding responsibilities, including as backstretch services coordinator. Rubio also serves as immigration liaison to the National HBPA and frequently to HBPA affiliates, including spending most Saturdays at Indiana Grand during their long race meet.

He is a sought-after translator on the backstretch and also is a notary. Rubio assists horsemen and their help, as well as jockeys, with immigration paperwork and navigating the complex system. He frequently travels to Washington D.C. to work with the HBPA to urge Congress to pass sensible and realistic immigration policies and to explain the labor shortage facing the horse and other labor-intensive industries requiring both a skilled and unskilled workforce. Rubio was born near Tijuana, Mexico, emigrating to the United States as a young boy when his mother married an American serviceman. He became a United States citizen in 1992. 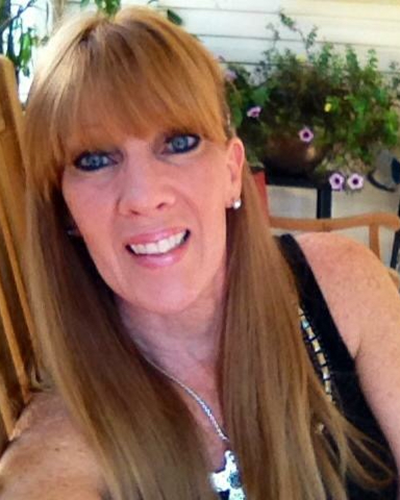 Donna Davis started with the Kentucky HBPA in 1995, serving as field office manager at Turfway Park and Ellis Park. She’s the daughter of horse owner-breeder Fred McCrary, growing up in southern Indiana on a farm not farm from Ellis Park. “It’s been a dream job for me,” she said. “I love everybody I work with, and we’ve all gotten along beautiful since the start.” Davis’ job description essentially is making sure stuff gets done.

She also helps out with the Kentucky Health and Welfare Fund, the program financed by uncashed parimutuel tickets in Kentucky that assists those working in racing with certain medical bills. “I help out with the paper work there. Just anything the horsemen need,” she said of her role. “I make sure there are condition books there, bills of sales, I notarize stuff, fax things, make copies. Just anything anybody needs.” 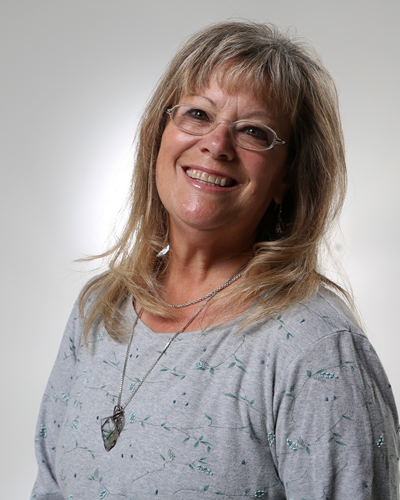 Jennie Rees is a communications and advocacy specialist in the horse industry who spent 32 years covering horse racing for The (Louisville) Courier-Journal before taking a corporate buyout. In addition to working as the Kentucky HBPA’s communications consultant, Rees serves as publicity director for Kentucky Downs and Ellis Park and also does work for the National HBPA, along with select projects that have included the National Horseplayers Championship, Preakness Stakes, Indiana Grand’s Indiana Derby Week and the Association of Racing Commissioners International.

Rees was a 2014 inductee into the National Museum of Racing and Hall of Fame’s Joe Hirsch Media Roll of Honor and earned five Eclipse Awards while with The Courier-Journal. She is a recipient of the Louisville-based Kentucky Thoroughbred Owners’ Warner L. Jones Horseman of the Year Award and has been honored for career achievements by the National Turf Writers and Broadcasters, Kentucky HBPA, Kentucky Thoroughbred Association-Kentucky Thoroughbred Owners & Breeders, the Maryland Jockey Club and Kentucky harness horsemen. Rees, a two-time Kentucky Sports Writer of the Year, is a Indiana University graduate who grew up in Lexington, Ky. She is married to Kentucky trainer Pat Dupuy and is a licensed horse owner and hotwalker.