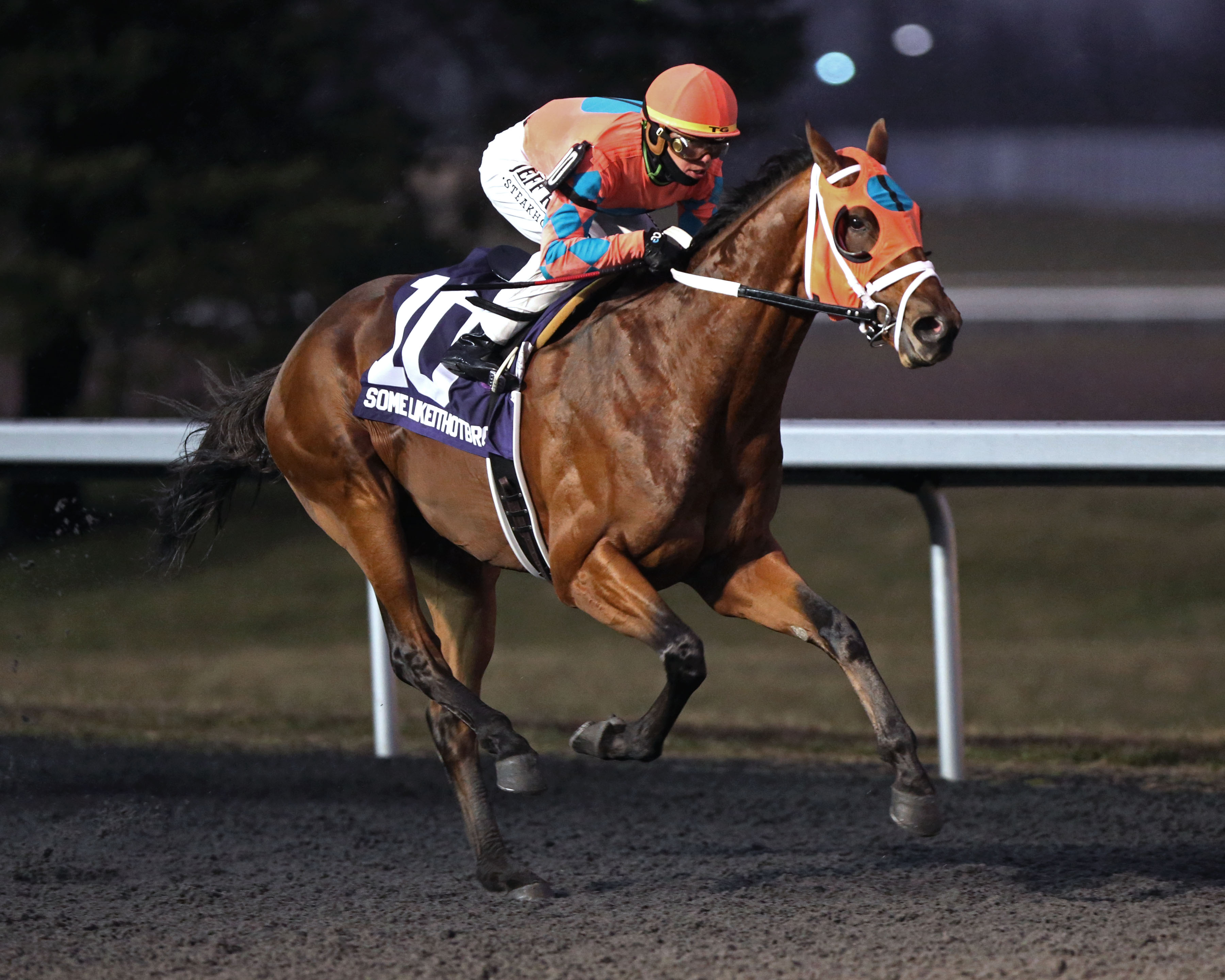 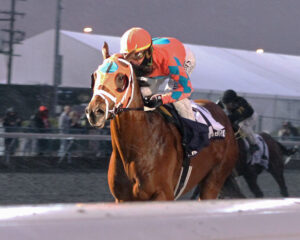 As in the Battaglia Memorial, Dynamic Racer was second to Somelikeithotbrown, 3 ¼ lengths behind, earning eight points. Moonster, was another 1 ¼ lengths back in third to earn four points. Five General collected two points for his fourth-place finish.

“The pace was honest but it looked like he was doing it pretty handily,” said winning trainer Mike Maker, “and he put the horse away that was contesting the lead with him down the lane [Dynamic Racer]. Tyler said he was ducking from the whip a little bit but he had a lot of horse left. With these two races [wins in the Battaglia Memorial and today], we’ll look at the Blue Grass [at Keeneland].”

Five Star General set the first quarter in :23.61 but after that the pace was all Somelikeithotbrown, who clocked the half in :47.03 and three-quarters in 1:10.78 with Five Star General giving chase. The winner hit the mile in 1:37.84 before turning into the stiff headwind. 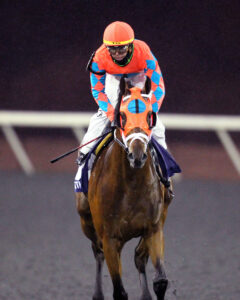 “The plan really wasn’t to go to the lead today,” said winning jockey Tyler Gaffalione. “He broke so sharp, into the first turn I didn’t want to get in a fighting match with him, so I put my hands down and tried to get him to relax. Down the lane, he was kind of waiting on horses, kind of looking around, but he did everything easy. He’s a very nice horse, very talented. Mike [Maker] and his team did a great job with him. He was all by himself and every time I showed him the whip, he’d go one way. He was just acting bored.” 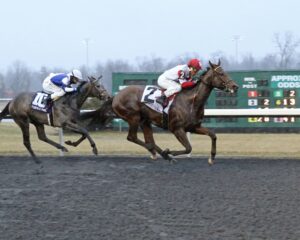 Naughty Joker gave jockey Rafael Bejarano and trainer Wesley Ward their third stakes win on the Jeff Ruby Steaks undercard when she got the best of stubborn Fun Finder late in the stretch to take the $100,000 Maxim Crane Works Bourbonette Oaks (listed) by 1 ¾ lengths. New Roo was a further half-length back in third.

Naughty Joker raced two or three lengths behind the front-running Fun Finder to the top of the turn, when Bejarano tipped her out and turned her loose. Final time for the one-mile Bourbonette Oaks was 1:40.08.

“My horse came away really beautifully from the gate,” said Bejarano. “I saw a couple of horses with speed, so I put her right behind them and got her comfortable. It is so easy to ride for these connections [owners Ken and Sarah Ramsey and Ward]. The horses I ride for them have so much class.”

Naughty Joker is by Into Mischief and out of the Distorted Humor mare Fleeting Humor and was bred in Kentucky by the Ramseys. Her record stands at two wins and two seconds in four starts with earnings of $158,680.

Bejarano’s career took off in 2003 and 2004 when he was Turfway’s record-setting leading rider. “I feel at home here in Kentucky and I’m reminded of what it used to be like on top of the world here in Kentucky,” he said.