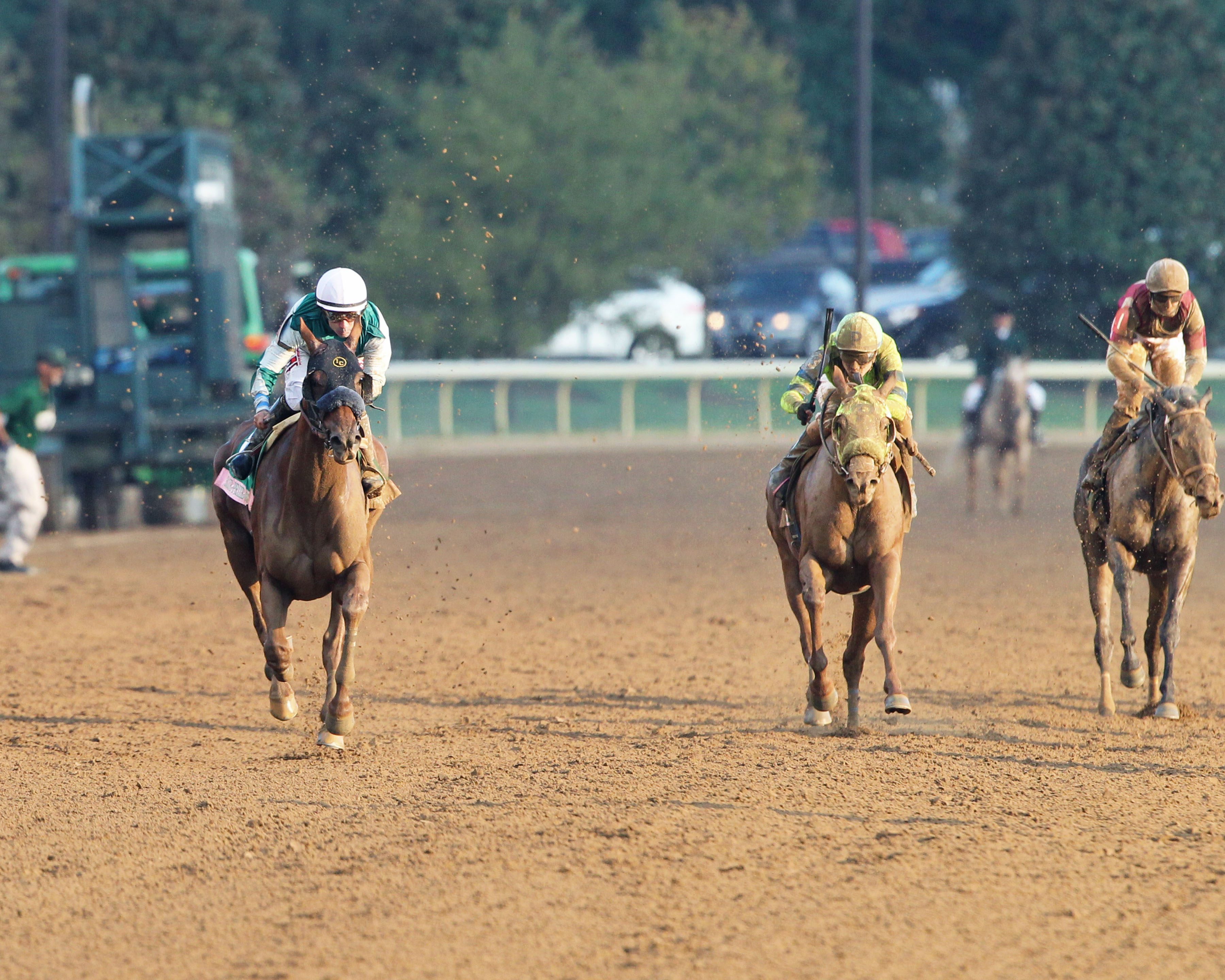 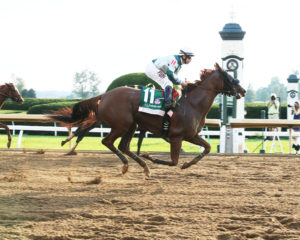 “I got her going out seven-eighths in 1:27,” trainer Ignacio Correas IV said of Blue Prize, who will attempt to become the fourth horse to win the Juddmonte Spinster in consecutive years.

The Juddmonte Spinster is a Breeders’ Cup Challenge race with the winner getting a fees-paid berth into the $2 million Breeders’ Cup Distaff (G1) at Santa Anita on Nov. 2. Blue Prize finished fourth in last year’s Distaff at Churchill Downs.

“She came back to me (in the spring) in great shape, and I am very happy with her,” Correas said. “We will find next weekend if we go to the Breeders’ Cup.”

ARNOLD HOPES MORTICIA HAS BREEDERS’ CUP RUN IN HER FUTURE 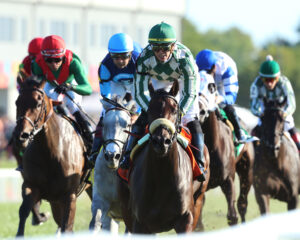 Trainer Rusty Arnold already has one horse for the $1 million Breeders’ Cup Turf Sprint (G1) in Susan and Jim Hill’s Totally Boss. In the next two weeks, he hopes to add two more.

On Saturday morning, G. Watts Humphrey Jr.’s multiple stakes winner Morticia worked a half-mile on the main track in :48.80. On Sunday morning, Amy Dunne’s Leinster is scheduled to work on the turf.

Both horses are nominated to next Saturday’s 23rd running of the $200,000 Woodford (G2) Presented by Keeneland Select.

“If Leinster runs in the Woodford, she will go in the Buffalo Trace,” Arnold said, referring to the Buffalo Trace Franklin County (G3) on Oct. 11. “I always work her on the dirt, and she went great this morning.”

Morticia, who has compiled a career mark of 25-10-6-5 for earnings of $989,669, has three victories this year, including her most recent start in the Spendthrift Farm Ladies Sprint (G3) at Kentucky Downs three weeks ago.

“I’d like to go to the Breeders’ Cup with her if she wins,” Arnold said. “The race this year (Breeders’ Cup Turf Sprint-G1 at Santa Anita) is 5 furlongs and I have to consider it. If it was still 6½ (furlongs) down the hill, I wouldn’t.”

Totally Boss punched his Breeders’ Cup ticket with a victory in the Runhappy Turf Sprint (G3) at Kentucky Downs, a race in which Leinster finished third.

“Leinster has the Grade 3 win at Saratoga (in the Troy) and at Kentucky Downs (when finishing third in the Runhappy Turf Sprint) he beat the favorite (Imprimis) and Stormy Liberal, who he was giving weight to,” Arnold said.

Leinster is a half-brother to Stormy Liberal, who has won the past two runnings of the Breeders’ Cup Turf Sprint.

LOPRESTI HAS ANOTHER “GOOD ONE” IN GET WESTERN

In April during a casual conversation, trainer Charlie LoPresti mentioned, “I may have another good one. Not as good as the last one but a good one.” 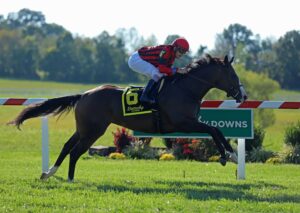 The “last one” was two-time Horse of the Year Wise Dan. Next Saturday, Ward Pitfield’s Get Western will try to follow in Wise Dan’s footsteps in the $1 million Shadwell Turf Mile (G1).

“He had a bullet work here last week, and he galloped out strong today,” LoPresti said of Get Western, who won the Old Friends at Kentucky Downs on Sept. 5. “He has made some noise this year (winning three of his past four starts). I know we are taking a shot, but I think he deserves a chance.

“He’s no Wise Dan, but then I haven’t seen any Wise Dans on the grass or the dirt,” LoPresti said of the two-time Shadwell Turf Mile winner.

Now 4, Get Western finished his 2018 campaign in a stakes at Kentucky Downs and did not return to the races until April.

“He was not 100% after the Kentucky Downs (race), and he just got some time off,” LoPresti said. “When he came back, he was a different horse. He was bigger, stronger. He is a full brother to Clyde’s Image, who just got beat in the Maker’s 46 Mile (G1) here in April and the Get Stormys are running well.”

Get Western and Clyde’s Image are by Get Stormy, whose two Keeneland graded stakes wins include the 2011 Maker’s Mark Mile (now the Maker’s 46).

The following is a list of probable starters for Keeneland’s Fall Stars Weekend stakes on the first three days of the Fall Meet compiled by Keeneland Stakes Coordinator Allison De Luca.

Bill and Corinne Heiligbrodt, Heider Family Stables and Madaket Stables’ Mia Mischief, who figures to be one of the favorites for next Saturday’s $250,000 Thoroughbred Club of America (G2), worked a bullet 5 furlongs in :59.40 here Saturday morning. She is trained by Steve Asmussen. …

“Keeneland Magazine on TV,” a 30-minute program that chronicles stories about Central Kentucky life and culture from the print edition of Keeneland magazine, airs Sunday, Sept. 29, at 5 p.m. ET on The CW Lexington. The episode features the Beaumont Inn, Camp Nelson, Peter O’Callaghan and his Woods Edge Farm and Keeneland’s Fall Meet stakes for 2-year-olds.