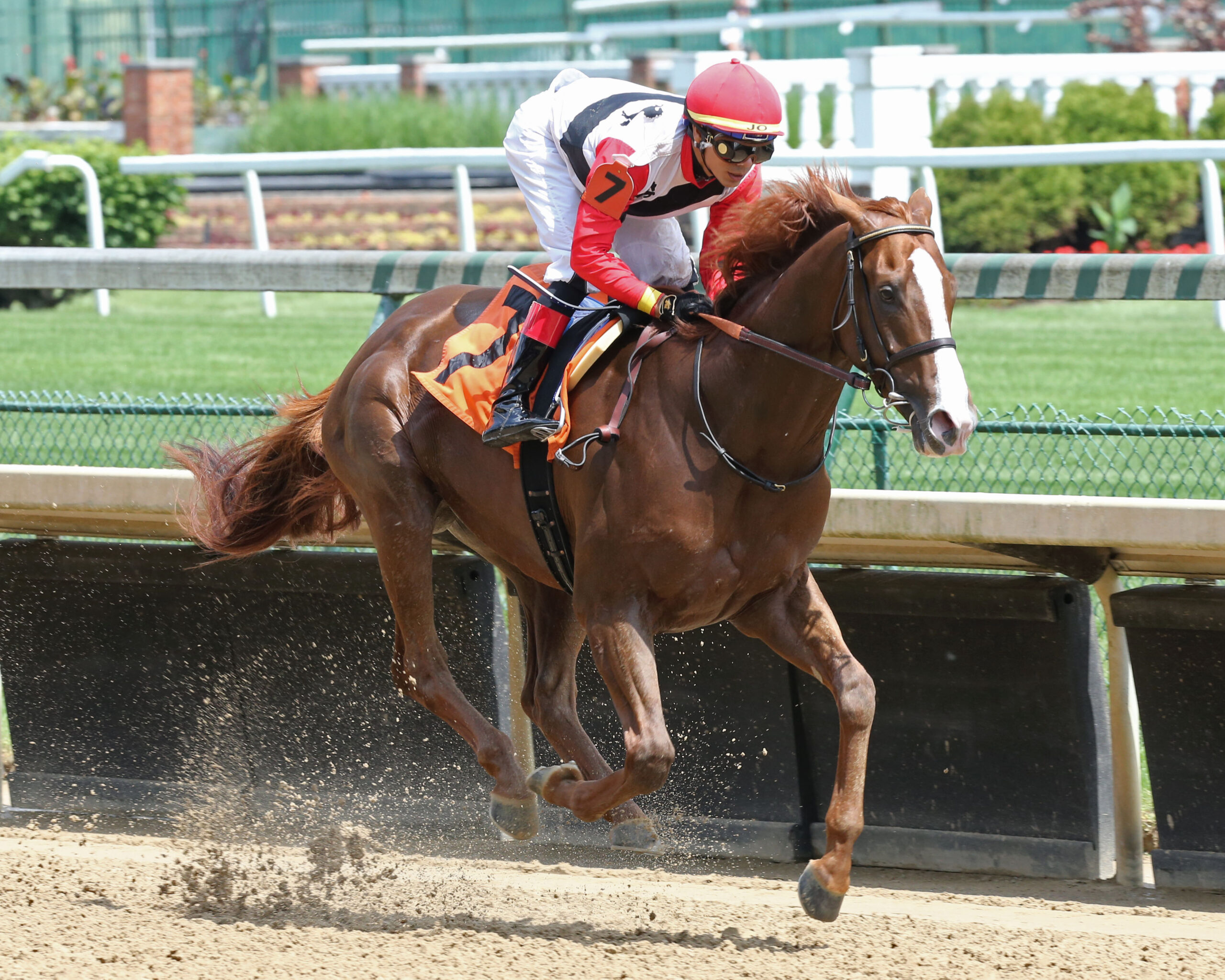 LOUISVILLE, Ky. (Saturday, May 23, 2020) – The majority of the riding colonies from New York, Indiana and Ohio converged on Churchill Downs throughout the opening two weeks of the Spring Meet but several riders such as Javier Castellano, Jose Ortiz, Joel Rosario and John Velazquez plan on a return to the Empire State once Belmont Park opens on June 3.

“I really enjoy riding at Churchill Downs but New York is home for my family and me,” Castellano said. “I’m thankful Churchill was able to open early and let us ride here.”

Through the first four days of racing at Churchill Downs, New York-based jockeys had won 10 of 42 races with Hall of Fame rider Velazquez tied alongside Ricardo Santana Jr. atop the rider standings at four wins. Fellow New York-based rider Rosario has three victories while Ortiz has two.

“We love Kentucky racing and the people here but Jose is going to head home. It’s been a long time since he’s been there,” Ortiz’ agent Jimmy Riccio said.

SATURDAY WORK TAB FEATURES 134 HORSES INCLUDING LIKELY WINNING COLORS STAKES CONTENDERS BELL’S THE ONE, BREAK EVEN, SPICED PERFECTION – Saturday’s work tab at Churchill Downs featured several horses aiming at races next weekend beneath the Twin Spires including $100,000 Winning Colors (Grade III) contenders Bell’s the One (half-mile in :48.60), Break Even (half-mile in :47.60) and Spiced Perfection(half-mile in :51.80).

Lothenbach Stables’ Bell’s the One worked with jockey Corey Lanerie aboard alongside stablemate Tell Your Daddy (half-mile in :48.80). Bell’s the One continued to gallop out strongly passed the wire in front of her workmate. Trained by Neil Pessin, Bell’s the One was the 13-1 upset winner of last year’s $250,000 Raven Run (GII) at Keeneland.

Klein Racing’s Break Even worked her half-mile about five minutes after Bell’s the One. Trained by Brad Cox, Break Even reeled off six-straight victories to begin her career prior to a runner-up effort in the $250,000 Prioress (GII) at Saratoga. Break Even returned to the winner’s circle in her last start at Oaklawn with a comfortable three-length score in an allowance event.

Entries for next Saturday’s program, which also features the $100,000 Old Forester Mint Julep (GIII) for fillies and mares on the turf, will be drawn Wednesday.

The complete Saturday work tab can be found here: https://www.churchilldowns.com/horsemen/racing/workouts.

The extended Japan Road to the Kentucky Derby, which carves out a spot in the Kentucky Derby starting gate for a horse from Japan, will include the Unicorn Stakes (Grade 3) on June 21 and the Japan Dirt Derby on July 8. The Unicorn will be contested at one mile on dirt at Tokyo Racecourse and the Japan Dirt Derby will be run at the classic distance of 1 ¼ miles at Oi Racecourse. The points for the top four runners in each race will be 40-16-8-4.

“We are thrilled that our great partners with the Japan Racing Association and the Tokyo Metropolitan Racing Association helped us identify two important races for our Road to the Kentucky Derby extension, one at JRA’s Tokyo Racecourse and the other with the esteemed group at Tokyo City Keiba,” said Mike Ziegler, executive director of racing for Churchill Downs Incorporated. “We’ve seen international interest grow in the Kentucky Derby since our partnership with the JRA was formalized in 2016, and we’re encouraged that this year’s Japan Road to the Kentucky Derby could produce another meaningful starter.”

“I feel quite honored that the Grade 3 Unicorn Stakes has been added to the Japan Road to the Kentucky Derby. In the past, winners of the Unicorn Stakes have progressed to win Grade 1 races later in their careers. As the gateway to success in our 3-year-old dirt division, I firmly believe this race will play an important role and fulfill its duty as one of the qualifying races for the Kentucky Derby,” said Mr. Masayuki Goto, the President and CEO of the Japan Racing Association. “Worldwide, we are experiencing very difficult times caused by COVID-19. Even in this situation, I sincerely hope one of our horses will emerge from the renewed format of the series to qualify and add extra excitement to this year’s rescheduled running of the 146th Kentucky Derby on Sept. 5, as Master Fencer did last year”

“We are honored to have the Japan Dirt Derby be selected as a Kentucky Derby points race. The Japan Dirt Derby brings together the best domestic 3-year-olds in the country and we are confident that this year will have a strong field of contenders,” said Hiroshi Saito, Racing Secretary and Chief Operating Officer of the Tokyo Metropolitan Racing Association. “Even though it is due to the date change of the Kentucky Derby that we have been added to only the 2019-2020 renewal of the ‘Japan Road to the Kentucky Derby’, as the final race in the series with a major impact on the final standings, I sincerely hope that the Japan Dirt Derby will be an exciting event to watch for racing fans both in Japan and the United States.”

The 146th running of the 1 ¼-mile Kentucky Derby presented by Woodford Reserve (GI) was rescheduled from May 2 to Saturday, Sept. 5.

DOWN THE STRETCH – First post for “Stephen Foster Preview Day” on Saturday is 1 p.m. There is a $500,000-guaranteed Late Pick 5 sequence (Races 7-11), $87,566 carryover in the 20-cent Single 6 Jackpot (Races 6-11) and $44,229 carryover in the $1 Super Hi-5 (Race 11). … Hall of Fame trainer Steve Asmussen trails Dale Romans 737-733 wins for the all-time trainer title at Churchill Downs. Asmussen has six entries on Saturday. … Ken and Sarah Ramseyare one win away from 500 victories at Churchill Downs. They have Backyard Heaven entered in Race 9, the $100,000 Blame. … The podcast of Friday night’s episode of “Inside Churchill Downs” that featured trainer Greg Foley is available here: https://soundcloud.com/user-204761944/inside-churchill-downs-with-derbymedia-horseracingkk-and-scottshap34-5-22-20.