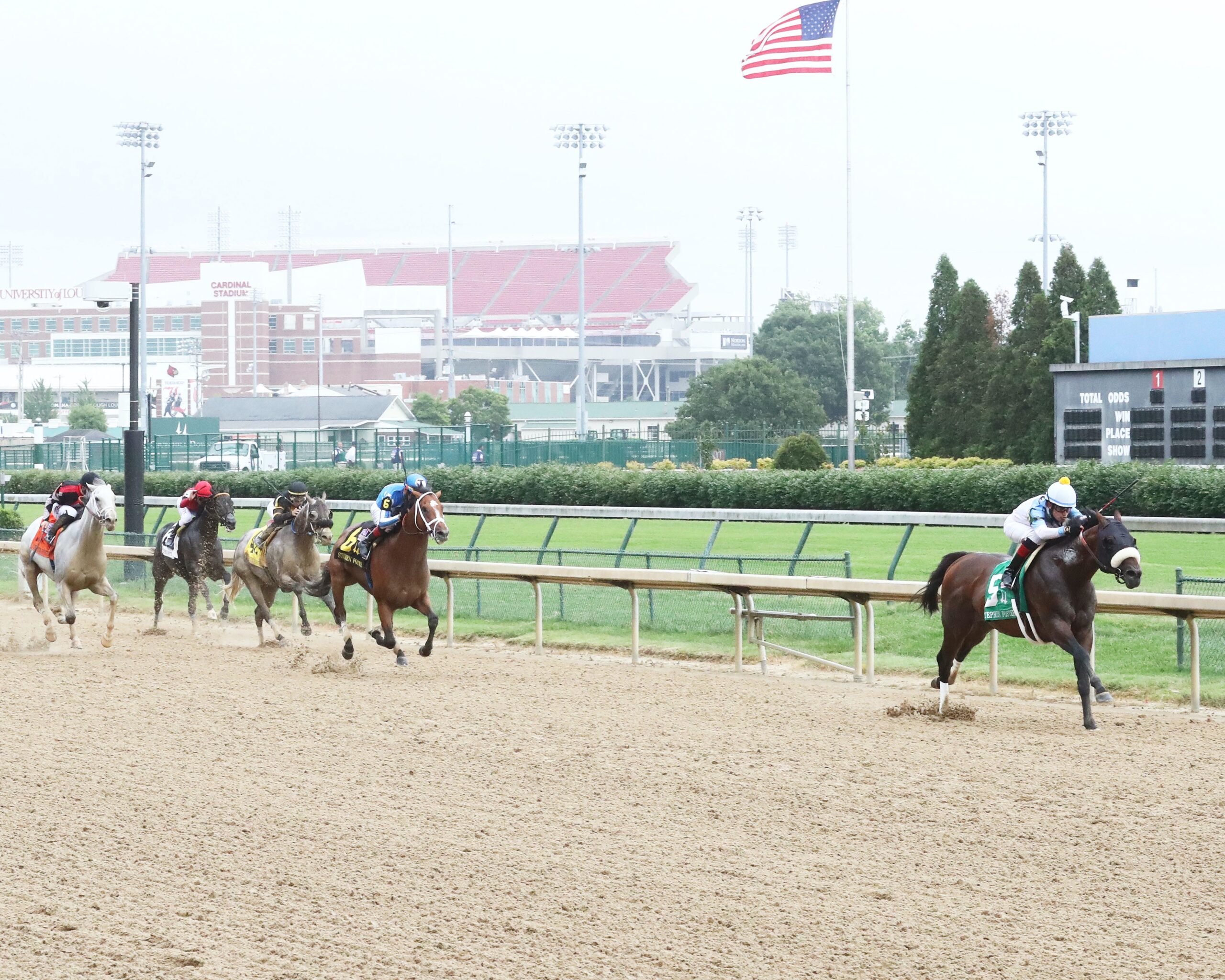 “It was just an unbelievable day on Saturday,” trainer Al Stall Jr. said. “To draw off like that, and almost break the track record, was unreal. He ran a sub 36-second final three-eighths. You don’t see many route horses in the country that are able to do that, especially as geared down as he was in the final stages.”

Tom’s d’Etat cruised to a 4 ¼-length win in Saturday’s Stephen Foster presented by Coca-Cola, a Breeders’ Cup “Win and You’re In Classic Division” race for the $7 million Breeders’ Cup Classic (GI), which is scheduled for Nov. 7 at Keeneland. His connections will have all Breeders’ Cup pre-entry and entry fees covered for the season-ending championship race.

Just one race prior to Tom’s d’Etat, 2019 Eclipse Award-winner Midnight Bisou stylishly returned to the winner’s circle with an emphatic 8 ¼-length victory in the Fleur de Lis presented by Coca-Cola.

“I can’t say enough how thankful we are to Jeff Bloom, Sol Kumin and the Allens for keeping this brilliant mare in training for this year,” said Hall of Fame trainer Steve Asmussen, who had a busy Sunday morning working 13 horses beneath the Twin Spires. 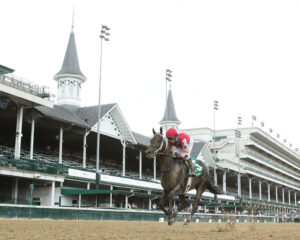 By winning the Fleur de Lis, Midnight Bisou secured a “Win and You’re In” berth to the $2 million LonginesBreeders’ Cup Distaff (GI) on Nov. 7 at Keeneland. The question remains if she will point toward the Distaff or the $7 million Breeders’ Cup Classic.

Asmussen and Stall’s string of horses are expected to ship from Churchill Downs to Saratoga in the coming days. With the disrupted racing schedule around the country due to the COVID-19 pandemic, many trainers and jockeys are opting to remain in Kentucky for the summer and ship to Saratoga as necessary. Jockeys Tyler Gaffalione and Ricardo Santana Jr. are among the local riders expected to ride at Saratoga following Keeneland’s Summer Meet which spans July 8-12.

Most of the other jockeys in the Churchill Downs riding colony such as Rafael Bejarano, James Graham, Florent Geroux, Brian Hernandez Jr., Chris Landeros, Corey Lanerie and Julien Leparoux plan to ride the summer at Ellis and ship out of town if necessary.

Many local trainers will keep their string of horses in training at Churchill Downs including typical Saratoga-goersD. Wayne Lukas and Dallas Stewart.

Several of the West-Coast trainers currently stabled at Churchill Downs, including Peter Miller and John Sadler, are planning to return to California for the Del Mar meet.

Chad Brown, who was a new addition to the Churchill Downs backstretch this spring, is planning on remaining stabled in Barn 26 throughout the summer and fall, according to his local assistant Whit Beckman. Brown will still be a very strong presence at Saratoga with the majority of his string based in New York.

The Kentucky racing circuit with shift to Ellis Park on Thursday, July 2 – Sunday, July 5. Then, Keeneland will run their abbreviated Summer Meet from Wednesday, July 8 – Sunday, July 12 before racing continues throughout the month of July and August at Ellis Park. Racing at Churchill Downs will return on Tuesday, Sept. 1 for the start of Kentucky Derby Week.