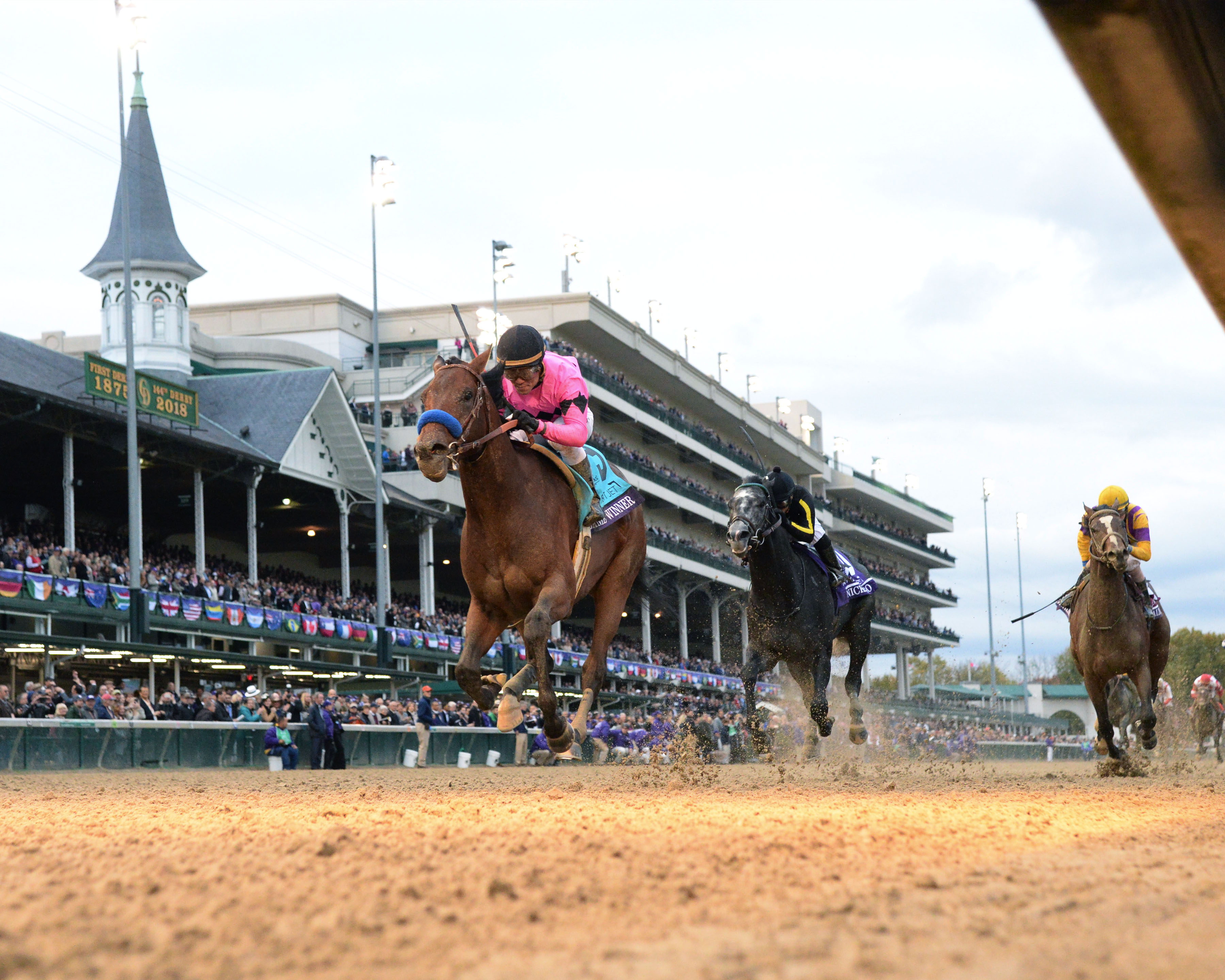 LEXINGTON, KY (Feb. 26, 2019) – Gary and Mary West’s champion Game Winner and Gary Barber’s War of Will, a two-time graded stakes winner this year, are among the 10 leading point earners on the Road to the Kentucky Derby (G1) who are nominated to the 95th running of the $1 million Toyota Blue Grass (G2) on April 6, opening Saturday of Keeneland’s 2019 Spring Meet.

Click here for the list of the 137 Toyota Blue Grass nominees and their past performances. Post positions for the Toyota Blue Grass and Keeneland’s $500,000 Central Bank Ashland (G1), a major prep race for the Kentucky Oaks (G1) also being run April 6, will be drawn Wednesday, April 3. 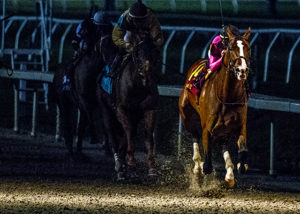 2/16/2019 – War of Will with jockey Tyler Gaffalione aboard wins the 47th running of the Risen Star Stakes at Fair Grounds. Hodges Photography / Britt Benson

The 1 1/8-mile Toyota Blue Grass, one of the nation’s richest steppingstones to the Kentucky Derby Presented by Woodford Reserve (G1) on May 4 at Churchill Downs, awards the winner 100 points on the Road to the Kentucky Derby. The second-, third- and fourth-place finishers of the race receive 40 points, 20 points and 10 points, respectively.

TVG will provide live, enhanced coverage of the Toyota Blue Grass and all Keeneland stakes.

“The slate of 3-year-olds nominated to this year’s Toyota Blue Grass underlines the significance of the race to Thoroughbred racing’s most accomplished horsemen,” Keeneland Vice President of Racing and Sales Bob Elliston said. “We are pleased with the representation of talented classic contenders who will be here during an exciting opening weekend of the Spring Meet.”

Purchased for $110,000 at Keeneland’s 2017 September Yearling Sale, Game Winner is undefeated in four starts with wins in the 2018 Sentient Jet Breeders’ Cup Juvenile (G1), American Pharoah (G1) and Del Mar Futurity (G1). He received the Eclipse Award as champion 2-year-old male. Trained by Hall of Famer Bob Baffert, the son of Candy Ride (ARG) is expected to make his 2019 debut in the March 9 San Felipe (G2) at Santa Anita.

With 30 points, Game Winner is second on the Road to the Kentucky Derby leaderboard behind War of Will with 60 points. A 2017 September Sale graduate, War of Will won the Risen Star Presented by Lamarque Ford (G2) and Lecomte (G3) at Fair Grounds in his first two races of 2019.

With 13 horses nominated to the Toyota Blue Grass, multiple Eclipse Award-winning trainer Todd Pletcher leads all trainers by nominees. Pletcher has three wins in the race with Bandini (2005), Monba (2008) and Carpe Diem (2015).

Keeneland’s 16-day Spring Meet runs Thursday, April 4, through Friday, April 26. The season will open a day earlier than in recent years with a first post of 3 p.m. for the eight-race card, which includes the inaugural running of the $100,000 Palisades Turf Sprint for 3-year-olds at 5½ furlongs on the turf.

Racing during the Spring Meet will be held Wednesday through Sunday, except Easter Sunday, April 21, when Keeneland is closed.

After the four-day opening weekend, action will shift to Keeneland sales with the resumption of the April Two-Year-Olds in Training and Horses of Racing Age Sale on Tuesday. April 9.

Preview Day, on which cataloged horses will work on dirt or turf, is Monday, April 8.