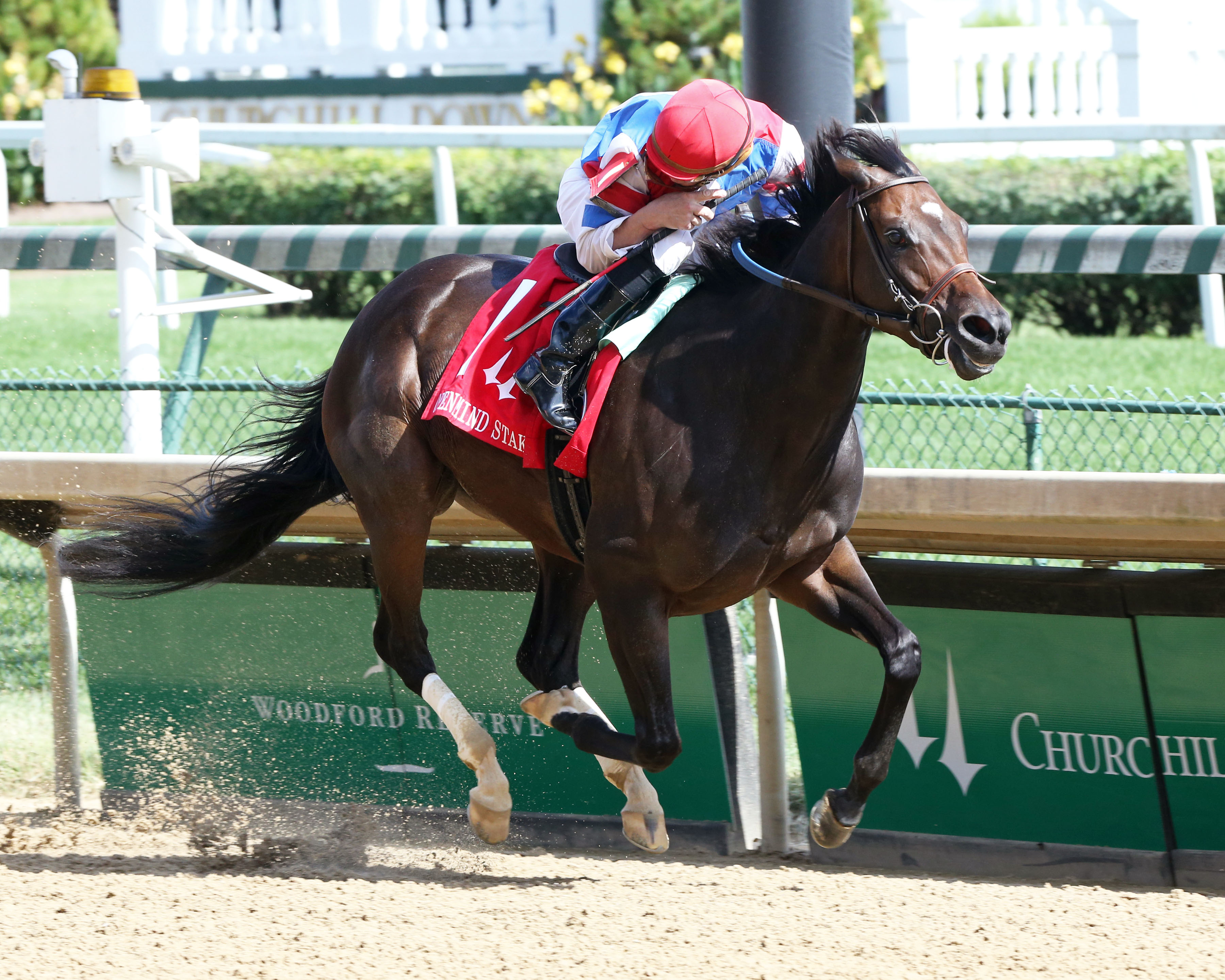 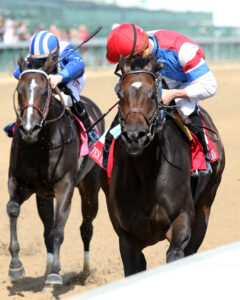 “I’m feeling a little better now, for sure,” Bradley said.

Divine Queen broke well from the starting gate in the field of six fillies and mares and set the pace from the inside along with a pressing Headland and a tugging three-wide Ascot Day as they entered the turn and clocked a first quarter-mile in :22.37. Ascot Day rolled out of the turn and poked her head in front at the top of the stretch but a calm Borel didn’t panic when they crossed a half mile in :45.65. Divine Queen drew even again at the eighth pole and then drew clear inside the final furlong to stop the teletimer in 1:09.40.

“I had a ton of horse every step of the way,” Borel said. “I thought we’d go a little faster early but they didn’t … I gave her a good breather around the turn and (Ascot Day) opened up about a half-length. When I squeeze on her she just came home. ”

For Divine Queen, it was her second straight September Meet stakes score at Churchill Downs. Last year, she prevailed in the $100,000 Dogwood (Listed) for 3-year-old fillies. Overall, she’s won four of five starts beneath the Twin Spires.

“A homebred, it’s really nice to see them run big and to do it here at Churchill,” Bradley said. “Her whole family, they’re runners. It’s nice to see her get her second stakes win here.”

Saturday’s victory was worth $76,725 and increased the 4-year-old filly’s earnings to $323,814 with a record of 6-2-0 from 17 starts. Divine Queen is a Kentucky-bred daughter of Divine Park out of the Williamstown mare Town Queen.

Race video: what they said

Prior to the Open Mind, Divine Queen was second to Go Google Yourself in the one-mile Groupie Doll at Ellis Park.

“The horse ran big last time and I think the cutback to three-quarters sure didn’t hurt her any.” Bradley said. “I thought she might be sharp but we didn’t know what everybody else was going to do. Calvin sat chilly on her because he knew he had a bunch of horse. She got passed by two horses coming out of the turn but once he sat down on her she reengaged. She’s got a big heart. She’s a trier for sure.”

Divine Queen, the 5-2 co-second betting choice, rewarded her backers with mutuels of $7.60, $4 and $3.40. Ascot Day, ridden by Declan Cannon, returned $7 and $4.20 with Upset Brewing finishing third one length back of the runner-up under Gabriel Saez and paying $4.60 to show.

It was another 1 ½ lengths back to 2-1 favorite Awestruck, who was followed in order by Honey Bunny and Headland. Meadow Dance and America’s Tale were scratched.

Saturday’s race saluted the late Eugene Klein’s Hall of Fame filly Open Mind, the D. Wayne Lukas-trained winner of the 1988 Breeders’ Cup Juvenile Fillies (GI) at Churchill Downs who returned to the Louisville track the following spring to win the Kentucky Oaks. The New Jersey-bred filly was an Eclipse Award champion at ages two and three. A winner of 12 races and $1,844,372 in 19 starts, the daughter of Deputy Minister was enshrined in Racing’s Hall of Fame in 2011.