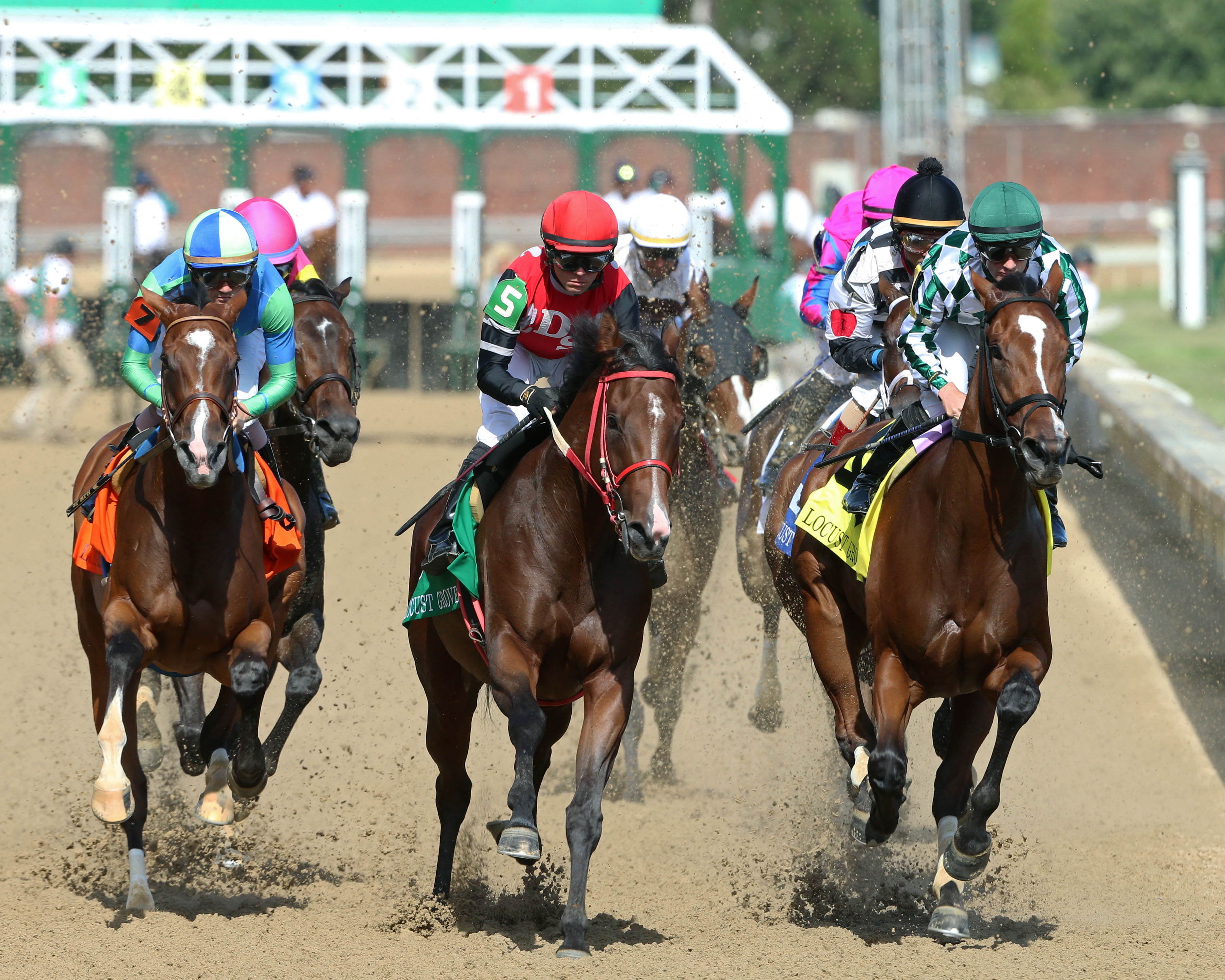 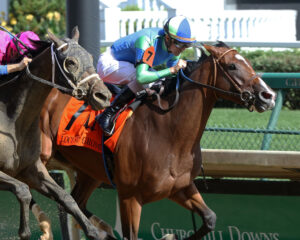 LOUISVILLE, Ky. (Saturday, Sept. 14, 2019) – Jay Em Ess Stable’s homebred Go Google Yourselfspurted clear at the top of the stretch and fended off late runs by Moonlit Garden and Mylady Curlin to win Saturday’s 36th running of the $200,000 Locust Grove (Grade III) for fillies and mares at Churchill Downs by a neck.

Trained by Paul McGree and ridden by Brian Hernandez Jr., Go Google Yourself covered the 1 1/16 miles on a fast main track in 1:44.13.

Skeptic set the pace from the inside and led the field of a nine through comfortable early fractions of :24.44 and :49.17 with Escape Clause pressing from second and Go Google Yourself tracking in third. Go Google Yourself made the first run and took the lead at the head of the stretch as Moonlit Garden and MyladyCurlin waited for racing room. The runner-up and third-place finisher got clear and made up ground in the stretch but the winner was well in command and held them at bay in the final stages.

“The race before put a lot of confidence in her.” Hernandez said. “She’s just a typical mare, she’s getting better with age. The last two races, she’s stepped up her game. Now she’s got a graded stakes in her.”

Go Google Yourself, a 4-year-old Kentucky-bred daughter of Into Mischief out of the Deputy Minister mare Taunt, returned $9.80, $5 and $3 as the 7-2 third betting choice. Moonlit Garden, ridden by FlorentGeroux, returned $7.40 and $4.20 with even-money favorite Mylady Curlin another length back in third under Shaun Bridgmohan and paying $2.20 to show.

“In the final steps, I was going to go by her, but (Go Google Yourself) just digged in,” Geroux said.

“We had a lot of confidence in her going in,” McGee said. “The way she won at Ellis Park last time, by three lengths going away, she won pretty easy last time out to get her first stakes win.”

The Locust Grove is named after the 1790 Georgian mansion in Louisville that played home to ancestors of Churchill Downs founder Col. M. Lewis Clark.