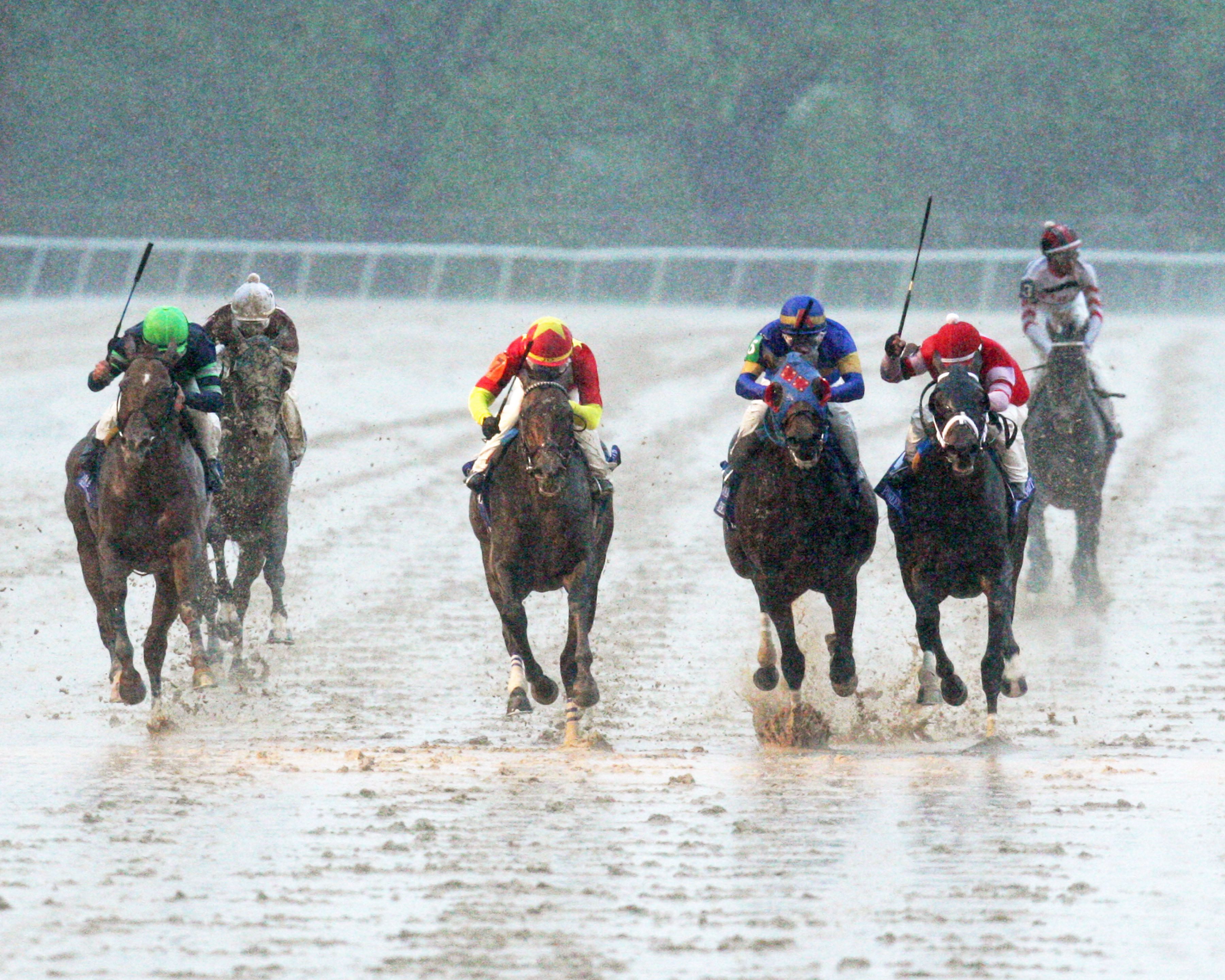 LOUISVILLE, Ky. (Wednesday, Sept. 25, 2019) – WinStar Farm, China Horse Club International and SF Racing’s multiple graded stakes winner Quip will take on Winchell Thoroughbreds’ four-time winner Tenfold and eight other rivals under the lights in Saturday’s seventh running of the $250,000 Lukas Classic Presented by Budweiser (Grade III) – one of three stakes events on an action-packed 11-race card for the final Downs After Dark of 2019 at Churchill Downs. 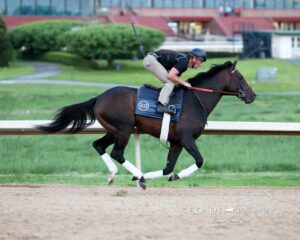 Trained by Rodolphe Brisset, Quip (10-4-2-1—$1,054,451) was the narrow runner-up finisher behind Seeking the Soul in the $600,000 Stephen Foster (GII) during the Spring Meet at Churchill Downs prior to his nonplused ninth in the $1 million Pacific Classic (GI) at Del Mar. Quip began his 4-year-old campaign with a third-place effort in the $100,000 Hal’s Hope (GIII) at Gulfstream Park prior to the biggest win in his career in the $750,000 Oaklawn Handicap (GII) in mid-April.

The son of Distorted Humor was on the Triple Crown trail in 2018 after winning the $400,000 Tampa Bay Derby (GII) but following his defeat against Justify in the $1.5 million Preakness (GI), Brisset gave the Kentucky-bred colt more than nine months on the sidelines before he returned in 2019.

Regular rider Florent Geroux has the mount on Quip, who drew post position No. 4. 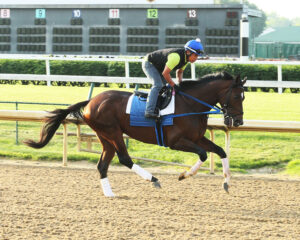 Tenfold training at Pimlico before his victory in the Pimlico Special. Jim McCue/Maryland Jockey Club photo

Joining Quip in the starting gate is multiple graded stakes-winning Tenfold (12-4-0-1—$961,890) for Hall of Fame trainer Steve Asmussen. The 4-year-old son of Curlin most recently finished fourth in the Pacific Classic and hopes to secure his first victory since winning the $300,000 Pimlico Special (GIII) in May.

Like Quip, Tenfold ran in some of the top 3-year-old races in 2019. The colt did not qualify for the Kentucky Derby but instead rerouted to a third-place effort in the Preakness prior to winning the $600,000 Jim Dandy (GII) at Saratoga.

Regular pilot Ricardo Santana Jr. will be in the irons from post 6.

Also entered in the Lukas Classic is Steve Landers Racing’s $100,000 Schaefer Memorial winner Pioneer Spirit, who is slated to return from a two-month layoff in search of his first graded stakes score.

Shaun Bridgmohan has the return call and will break from post 7.

Another top challenger in the Lukas Classic is $200,000 West Virginia Governors Stakes (GIII) winner Silver Dust (23-5-6-2—$594,777), who will attempt to turn the tables on Pioneer Spirit after finishing a head back of him in the Schaefer Memorial. 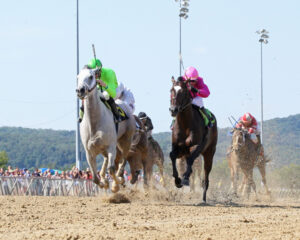 Trained by Bret Calhoun, Silver Dust will be piloted by regular rider Jack Gilligan out of post 9.

Corey Laneire has the call on the Fausto Gutierrez-trainee from post 8.

Presented by Budweiser, the theme for Saturday night’s Downs After Downs event is “Bourbon & Beats.” Guests are encouraged to wear shades of purple and stay on trend with autumn fashion as they celebrate a pairing of Kentucky sounds and spirits. Admission gates open Saturday at 5 p.m. and the final race of the evening is scheduled for 11:10 p.m. General admission is $12 and reserved seat packages start at $27, which are available for purchase on www.ChurchillDowns.com.

The National Weather Service forecast for Louisville calls for mostly sunny skies with a high near 90.

The one-turn mile race is one of three stakes events scheduled on the penultimate racing program of the track’s 11-day September Meet. Also on the Saturday schedule are the $250,000 Lukas Classic (GIII), a 1 1/8-mile race for 3-year-olds and up, and the $125,000 Jefferson Cup (Listed), a 1 1/8-mile event for 3-year-olds on the Matt Winn Turf Course. The Ack Ack is carded as the seventh of 11 races on the program that begins at 6 p.m. (all times Eastern). Post time for the Ack Ack is scheduled for 9:05 p.m.

Regular rider Leandro Goncalves will have the mount from post 6.

Another horse likely to garner attention in the Ack Ack is Two Dimes Stables’ six-time winner Mr Darcy, who finished a game second behind Recruiting Ready in a competitive-allowance contest two weeks ago at Churchill Downs. Recruiting Ready will likely be one of the top contenders in next Friday’s $250,000 Phoenix (GII) at Keeneland.

All horses will tote 121 pounds, except for Olympic Village who will tote 118 and Air Strike who will carry 125.

Trained by Chris Hartman, Corruze actually crossed the wire second in the Caesars Stakes at Indiana Grand but was subsequently elevated to first following the disqualification of fellow Jefferson Cup contender Spectacular Gem. Corruze (6-3-0-0—$182,389) will be ridden by Corey Lanerie from post 3.

Just to the inside of Corruze is the aforementioned Spectacular Gem who nearly pulled of a 35-1 upset in the Caesars Stakes. Instead, the state stewards ruled the 3-year-old colt interfered with several horses in deep stretch of the one-mile event and was demoted to fourth. Owned by Candie Baker and trained by Jimmy Baker, Spectacular Gem (10-2-1-3—$85,970) will remove blinkers for the Jefferson Cup and be ridden by James Graham.

Also entered in the Jefferson Cup is Sagamore Farm’s Scars Are Cool, who will test turf for the first time following an unsuccessful effort in the $1.25 million Travers (GI) at Saratoga. Conditioned by veteran Stan Hough, Scars Are Cool (4-1-0-1—$58,020) will be ridden by Ricardo Santana Jr. from the rail.