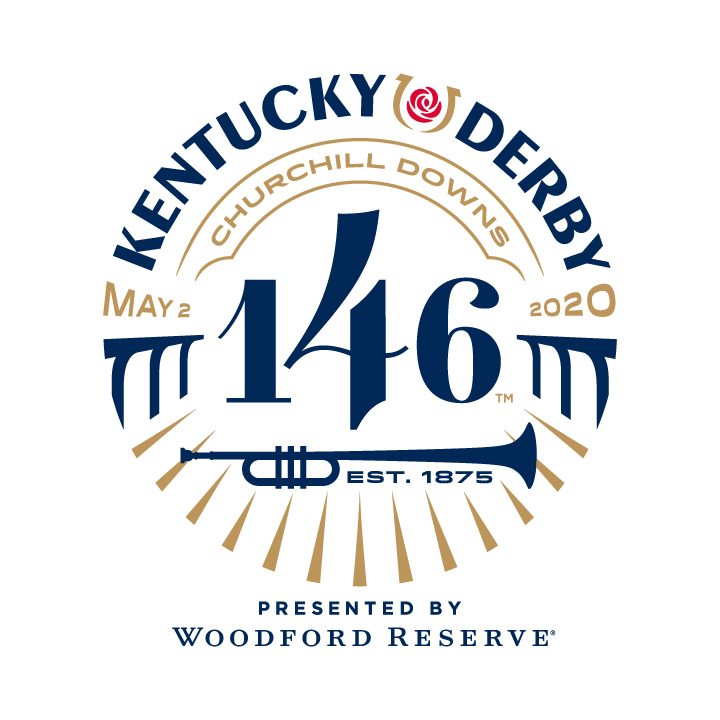 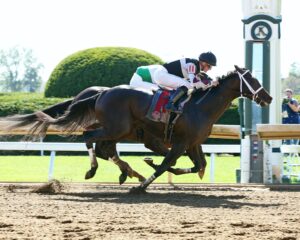 The Street Sense is carded as Race 10 Sunday and is part of a stakes doubleheader beneath the Twin Spires. Its counterpart for fillies, the $120,000-added Rags to Riches Overnight Stakes, is slated for Race 9. First post on Sunday is 1 p.m. (all times Eastern).

Trained by Stan Hough, South Bend (2-2-0-0—$98,212) won the first two starts of his career, including a maiden-breaking performance on Sept. 14 at Churchill Downs. The son of Algorithms could be hoping for a fast pace after closing from far behind in both of his starts. South Bend was well-backed by bettors in his second start at Keeneland – a first-level allowance contest – and got his nose down in front of rival Wheat King just before the wire.

Julien Leparoux will pilot South Bend from post 4, one spot inside of Chiefswood Stables’ Wheat King who will get a rider change from Declan Carroll to Miguel Mena.

Also entered in the Street Sense is Walking L Thoroughbreds’ $150,000 With Anticipation (GIII) winner Fighting Seabee. Trained by Kenny McPeek, Fighting Seabee (3-2-0-0—$120,000) will switch to the dirt for the first time in his career. The son of Summer Front most recently finished fifth in the $250,000 Bourbon Stakes (GIII) at Keeneland. Brian Hernandez Jr. has the return call from post 7.

Sunday’s National Weather Service forecast for Louisville calls for partly sunny skies and a high near 65.

Record purses of more than $20.1 million will be offered during the 2019 Fall Meet. The Street Sense received its third purse increase in the last seven years. The one-turn race which honor’s James Tafel’s 2007 Kentucky Derby winner, was boosted $20,000 from 2018.

The 11-race card on Sunday will feature all 2-year-old horses. Inaugurated in 2005, the Stars of Tomorrow programs at Churchill Downs have helped launch the careers of more than 50 future Grade I winners including Kentucky Derby winner Super Saver and Kentucky Oaks winnersRachel Alexandra, Believe You Can and Monomoy Girl.

Sunday also doubles as Family Adventure Day presented by Kroger. There will be more than 15 activities for children 12 and under to enjoy including the annual trick-or-treat at the track where more than one ton of candy will be handed out. Ticket information is available at www.churchilldowns.com. 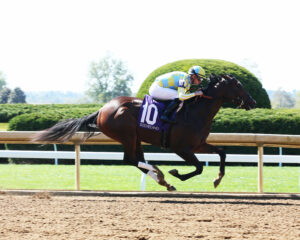 John Oxley’s Specially, a convincing 5 ¼-length maiden winner three weeks ago at Keeneland, leads a field of seven 2-year-old fillies that were entered in Sunday’s seventh running of the $120,000-added Rags to Riches Overnight Stakes at Churchill Downs.

Run at one mile, the Rags to Riches annually serves as a prep race for the 1 1/16-mile $300,000 Golden Rod (Grade II) on closing weekend of the Fall Meet at Churchill Downs. The Rags to Riches is carded as Race 9 Sunday with a post time of 5:06 p.m. (all times Eastern). First post for the 11-race Stars of Tomorrow I program that features all 2-year-old races is 1 p.m.

Specially (1-1-0-0—$62,615), a precocious filly trained by Mark Casse, was the 2-1 favorite in a field of 12 fillies in her debut at Keeneland and won impressively in a final time of 1:10.45 for six furlongs. Specially is a daughter of Tapiture who ran on the Stars of Tomorrow I card in 2013 when finishing third in a maiden special weight.

Miguel Mena picks up the mount on Specially from the injured Florent Geroux and will break from post 4. Geroux, who fractured his sternum two weeks ago during a training mishap atKeeneland, is targeting an early-November return, according to agent Doug Bredar.

Also entered in the Rags to Riches is Alex Campbell Jr.’s two-time winner Lucky Jingle(4-2-0-1—$78,900). The daughter of Tonalist, trained by Graham Motion, raced on turf in her first three starts but switched to the dirt in her most recent outing at Keeneland where she bested an eight-horse field by 3 ¼ lengths in a first-level allowance. Julien Leparoux has the call from post 7.

The one-turn race is named in honor of Derrick Smith and Michael Tabor’s 2007 Kentucky Oaks (GI) winner. Two years ago, Michael Dubb and Monomoy Stables’ Monomoy Girl cruised to a 6 ½-length score in the Rags to Riches prior to her triumph in the 2018 Kentucky Oaks.