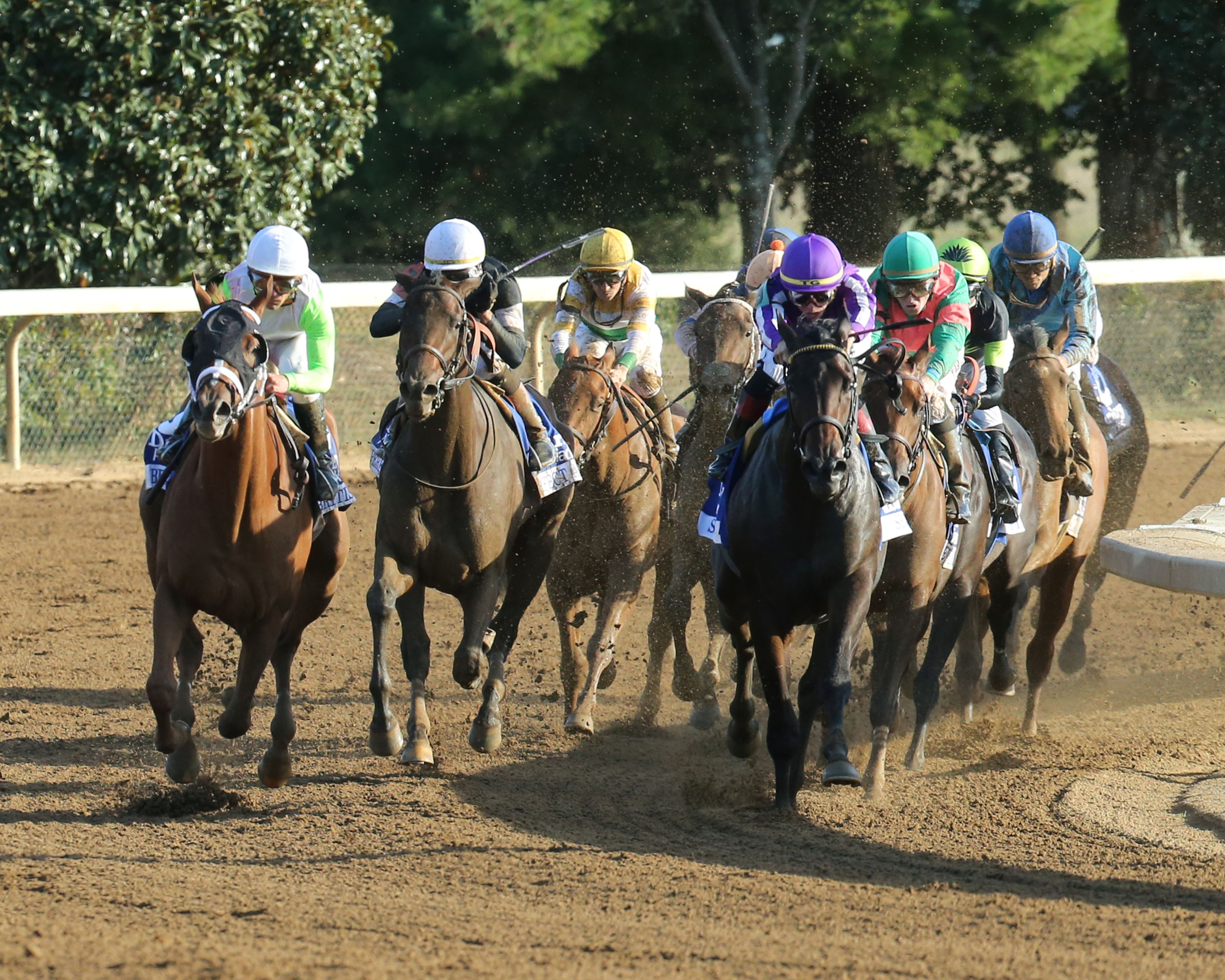 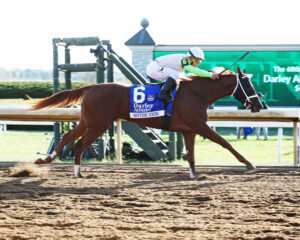 LEXINGTON, KY (Oct. 4, 2019) – Michael Dubb, The Elkstone Group, Madaket Stables and Bethlehem Stables’ British Idiom swept to the lead at the head of the stretch and romped to a 6½-length victory to win the 68th running of the $400,000 Darley Alcibiades (G1) for 2-year-old fillies before a Fall Meet opening-day crowd of 16,427.

In the race prior to the Darley Alcibiades, Woodford Racing’s Engage held off a late charge from 2017 victor Whitmore to win the 167th running of the $250,000 Stoll Keenon Ogden Phoenix (G2).

Trained by Brad Cox and ridden by Javier Castellano, British Idiom covered the 1 1/16 miles over a fast track in 1:45.80. Cox and Castellano earned their first victory in the Darley Alcibiades.

A debut winner going 6 furlongs at Saratoga in August, British Idiom rated in fourth place as Spitefulness and Sequin dueled through early fractions of :23.73 and :47.27.

On the far turn, Sequin took over but was quickly joined and passed by British Idiom, who erased any doubt about the outcome. Perfect Alibi also made a big move on the turn from fifth to take over second but was no threat to the winner.

The victory was worth $240,000 and increased British Idiom’s earnings to $281,250 with a record of 2-2-0-0. British Idiom is a Kentucky-bred daughter of Flashback out of the Mr. Sekiguchi mare Rose and Shine.

It was another three lengths back to Gone Glimmering, who was followed in order by Sequin, Three D Flag, Spitefulness, How Ironic, Micheline, Western Taffy and Heir of Light. 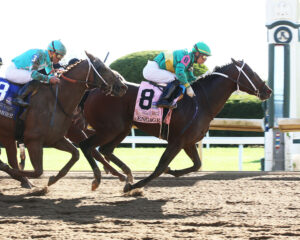 In the Stoll Keenon Ogden Phoenix, 2018 winner and favored Promises Fulfilled was first out of the gate, with Zipp On By applying pressure through fractions of :22.22 and :45.43 as Engage raced in mid pack.

At the head of the lane, the pacesetters began to wilt as Engage, swinging six wide, steadily moved toward the front and had enough to hold off Whitmore, who had bobbled at the start and spotted the field nearly 10 lengths in the early running.

Trained by Steve Asmussen and ridden by Jose Ortiz, Engage covered the 6 furlongs in 1:10.21 over a fast main track. It is the first victory in the race for Asmussen and Ortiz

Engage is a 4-year-old Kentucky-bred son of Into Mischief out of the Speightstown mare Nefertiti.

It was another three-quarters of a length back to Recruiting Ready with Hog Creek Hustle, Promises Fulfilled, Zipp On By, Cove Blue and American Pastime completing the order of finish.

Racing continues Saturday with a blockbuster 11-race program that begins at 1:05 p.m. ET. Five graded stakes races, three of them Grade 1s, highlight the card with the $1 million Shadwell Turf Mile serving as the day’s centerpiece.