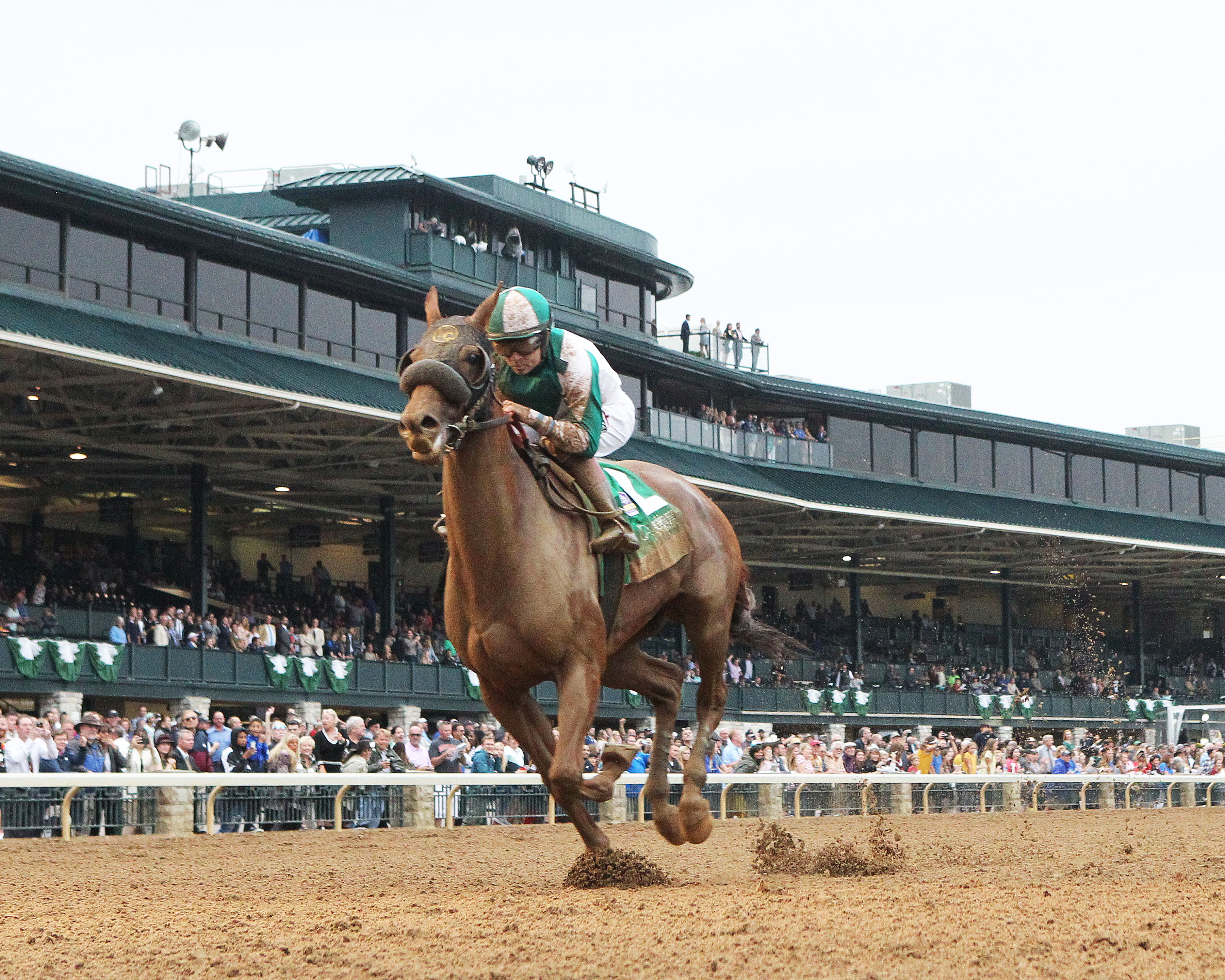 Keeneland’s recap of Sunday’s stakes races, with the three winners all receiving an entry fees-paid berth in the corresponding Breeders’ Cup event. 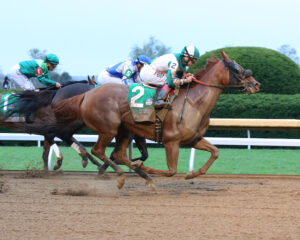 LEXINGTON, KY (Oct. 6, 2019) – Merriebelle Stable’s Blue Prize (ARG) ran down odds-on favorite Elate in the final sixteenth of a mile to win the 64th running of the $500,000 Juddmonte Spinster (G1) for fillies and mares by a half-length before a Sunday afternoon crowd of 10,303.

Trained by Ignacio Correas IV and ridden by Joe Bravo, Blue Prize earned a fees-paid berth into the $2 million Breeders’ Cup Distaff (G1) to be run at 1 1/8 miles on Nov. 2 at Santa Anita. She finished fourth in the Distaff last year at Churchill Downs.

Also earning Breeders’ Cup berths Sunday were a pair of 2-year-olds, JSM Equine’s Peace Achieved, who won the 29th running of the $250,000 Dixiana Bourbon (G3), and Ten Broeck Farm’s Kimari, winner of the second running of the $200,000 Indian Summer.

In the Juddmonte Spinster, She’s a Julie led the field of five through fractions of :24.25, :48.63 and 1:13.12 with Vexatious in closest pursuit and Elate to the outside and Dunbar Road  on the rail running a joint third.

In the stretch, Elate and Dunbar Road pushed to the front, but Bravo had Blue Prize rolling on the far outside to wear down the leaders and eventually draw away from Elate in deep stretch.

Blue Prize is a daughter of Pure Prize out of the Not For Sale mare Blues for Sale. 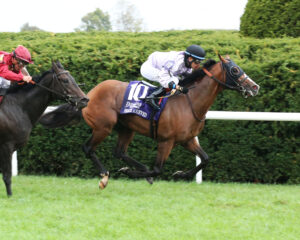 Peace Achieved grabbed the lead inside the eighth pole from Gear Jockey and then held off a late charge from favored Vitalogy (GB) to post a neck victory in the Dixiana Bourbon.

The victory secured Peace Achieved a spot in the $1 million Breeders’ Cup Juvenile Turf (G1) to be run at 1 mile on Nov. 1 at Santa Anita.

Field Pass led the field of 14 through fractions of :23.20, :47.60 and 1:12.55 with Peace Achieved and Gear Jockey in closest pursuit. Turning for home, Tyler Gaffalione on Gear Jockey cut the corner and forged to the lead only to surrender that to Peace Achieved at midstretch.

Peace Achieved spurted clear and had enough to hold off Vitalogy, who had been last in the run down the backstretch.

A Keeneland sales graduate, Peace Achieved is a Kentucky-bred son of Declaration of War out of the Fusaichi Pegasus mare Sense of Class.

It was another 3¼ lengths back to Field Pass, who was followed in order by Fighting Seabee, Nettleton, Art Collector, Ete Indien, Kid Mercury, The Third Secret, Deviant, Doc Boy, Prince of Thieves and Hurts So Good.

Kimari Goes From Last to First to Win Indian Summer

Kimari, last in the field of nine at the top of the stretch, swung widest of all under Mike Smith and ran down Chimney Rock to win the Indian Summer by a half-length. 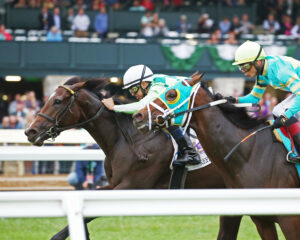 Kimari (outside) and jockey Mike Smith got past Chimney Rock late to win the Indian Summer at Keeneland. Coady Photography

The victory secured Kimari a spot in the $1 million Breeders’ Cup Juvenile Turf Sprint (G2) to be run at 5 furlongs on Nov. 1 at Santa Anita.

Trained by Wesley Ward, Kimari covered the 5½ furlongs on a firm turf course in 1:03.03 to establish a stakes record.

Fast Scene and Johnny Unleashed led the field through an opening quarter-mile in :21.74 with Rockcrest taking over in the turn, getting the half-mile in :45.22, and opening a daylight advantage.

In the stretch, the whole complexion changed as Kimari, with clear sailing, beat the boys for the second time in her career.

Kimari is a Kentucky-bred daughter of Munnings out of the Cozzene mare Cozze Up Lady.

It was another nose back to Mystic Lancelot with Rockcrest, Old Chestnut, Shippingport, Johnny Unleashed and Fast Scene following in order.

Racing resumes Wednesday at 1:05 p.m. ET with an eight-race program headlined by the 29th running of the $200,000 JPMorgan Chase Jessamine (G2) for 2-year-old fillies going 1 1/16 miles on the turf. Slated as the seventh race at 4:24 p.m., the JPMorgan Chase Jessamine is a “Win and You’re In” race for the $1 million Breeders’ Cup Juvenile Fillies Turf (G1) to be run at a mile on Nov. 1 at Santa Anita.