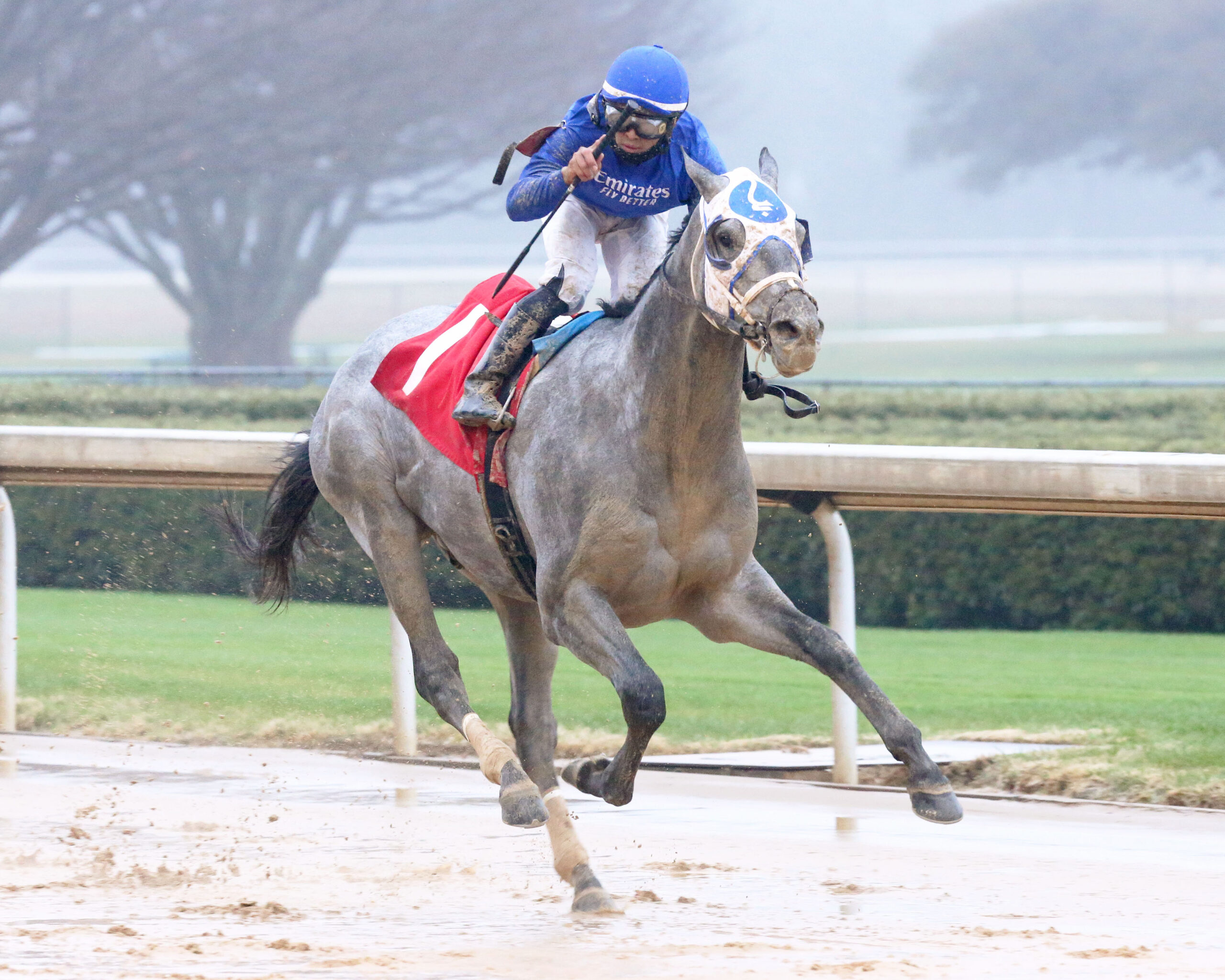 A major steppingstone for the $3 million Kentucky Derby Presented by Woodford Reserve (G1) to be run May 1 at Churchill Downs, the Toyota Blue Grass offers 170 points toward qualification to this year’s Derby on a 100-40-20-10 scale to the first- through fourth-place finishers. The Derby is limited to the top 20 point earners that pass the entry box.

The Toyota Blue Grass will go as the final race on Saturday’s 11-race program with a 6:35 p.m. (ET) post time. First post time for the card that features six graded stakes is 1:05 p.m.

On Tuesday morning, Essential Quality made his first appearance on the Keeneland main track since his Breeders’ Cup victory. He galloped about 1 3/8 miles under exercise rider Elver Vargas.

Luis Saez, who has been aboard for Essential Quality’s past three victories, has the mount Saturday and will break from post position four. Saez won the 2016 Toyota Blue Grass on Brody’s Cause.

Trained by Chad Brown and to be ridden by Javier Castellano, Highly Motivated returns to Keeneland, where he won the Nyquist on the Breeders’ Cup’s Future Stars Friday undercard. Third in the Gotham (G3) in his 2021 debut, Highly Motivated will break from post position three.

Brown and Castellano will be seeking their second Toyota Blue Grass victories. Brown saddled Good Magic for the 2018 triumph and a year later, Castellano rode Vekoma to victory.

A co-third choice at 8-1 on the morning line is Cypress Creek Equine, Arnold Bennewith and Spendthrift Farm’s Keepmeinmind.

Trained by Robertino Diodoro, Keepmeinmind returns to Keeneland, where he ran second to Essential Quality in the Claiborne Breeders’ Futurity and third in the Breeders’ Cup Juvenile. He closed 2020 by scoring his first win in the Kentucky Jockey Club (G2) at Churchill Downs.

Sixth in the Rebel (G2) in his 2021 debut, Keepmeinmind will be ridden Saturday by David Cohen and break from post nine. Keepmeinmind is scheduled to arrive at Keeneland Wednesday night from Oaklawn Park.

Also at 8-1 is Team Valor International’s Untreated, a recent maiden winner at Tampa Bay Downs who will break from post two under Joel Rosario. Rosario won the 2011 Toyota Blue Grass on Brilliant Speed.

In addition to Saez, Rosario and Castellano, Rafael Bejarano will be seeking another Toyota Blue Grass victory.

Bejarano will be aboard BBN Racing’s Hidden Stash (20-1) and break from post one. Trained by Vicki Oliver, Hidden Stash finished third in the Sam F. Davis (G3) and second in the Tampa Bay Derby (G2) in his two starts of 2021.

In addition to Brown and Pletcher, one other trainer will attempt to add to his Toyota Blue Grass victory totals.

Dale Romans, who will sent out Sittin On Go (30-1) for Albaugh Family Stables, has won the race twice with Dullahan and Brody’s Cause. Corey Lanerie has the mount on the winner of the Iroquois (G3) last September and will break from post position eight.

“Post position, it’s important. But I feel comfortable in the 4 hole. Obviously Luis (Saez) is on him, and he knows what to do away from there. We’re in a good spot with him. Very happy with where he is mentally, physically. And the post is fine.”

“It’s very rare for a horse to be able to be 4 for 4 and have different tactics. He’s won from three- quarters all the way to 1 1/16 miles at the Grade 1 level. I just think it speaks volumes to actually how good he is and how much talent he has. We’re in a good spot with him. He’s just a very good horse.”

“You always want to be toward the middle. We’re going to be in the back part of the race anyway, so hopefully it won’t have an impact on him.”

On choosing to run Untreated in the Toyota Blue Grass

“We wanted to run him in a good race. There was an allowance that was an option. We kind of know the horses that are out there that are going to be looking at this. (The Toyota Blue Grass) is going to be a pretty tough race. We think a lot of our horse. We know he’s behind the 8 ball in terms of experience and seasoning, but he can run 1¼ miles. The farther he goes, the more he likes it. He’s continuing to train well and we’re going to run him in here. If the horse was a speed horse, I wouldn’t do it. But a horse like this, a come-from-behind horse who can pick up horses, I feel it’s worth trying him here.”

“Leblon had a very unlucky trip his last time out at Oaklawn (fourth in a Feb. 11 allowance race over a muddy track). He is improving a lot and we are going to come over Saturday (from The Thoroughbred Center in Lexington).”

“That is a good post. I will be at Santa Anita Saturday and my assistant Justin Curran will be overseeing his preparation.”

William Morey, trainer of Hush of a Storm (post 7; Santiago Gonzalez to ride)

“The seven is a good spot. There is plenty of run to the first turn going a mile and an eighth. He will return to the track Wednesday morning (after working 5 furlongs in :59.80 at Keeneland on Monday).”

“(The inside post) was the only place I didn’t want. That’s the second time I’ve drawn the one hole (with Hidden Stash). I would have liked to have been in the middle or toward the outside, but it is what it is. We’ll have to take a look at (the past performances) and see how much speed is in there and how we’ll play the race.”

“Outside again. It is amazing he keeps drawing out there. But nine horses is a lot different than 12 so he should be OK. There is plenty of run into the first turn.”

“I’ll let the jock decide (the strategy), but we will probably just (wait) and come running.”

On comparing Sittin On Go to his sire, Brody’s Cause, who won the Toyota Blue Grass in 2016

“They are both straightforward horses who like what they do.”