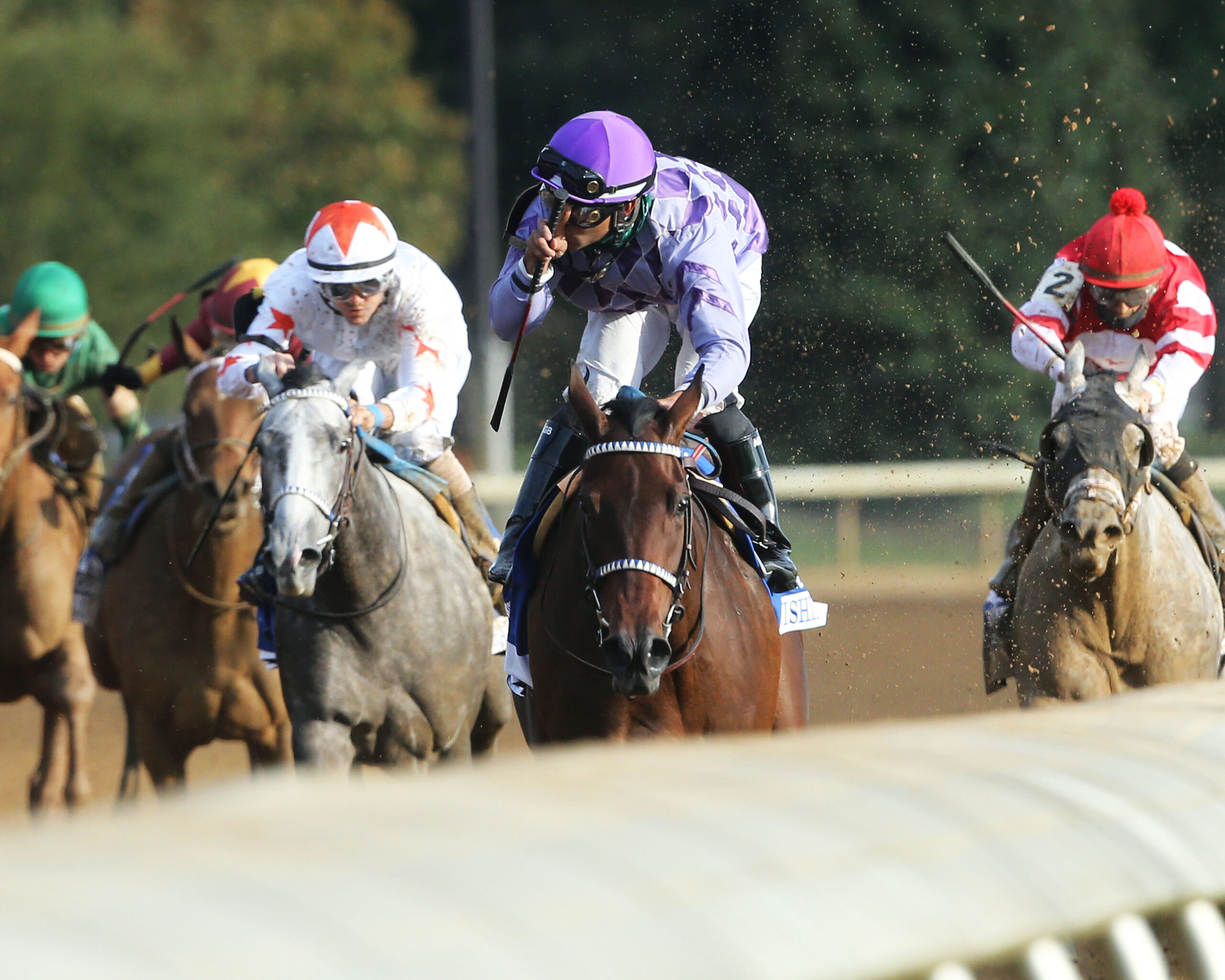 The Central Bank Ashland carries 170 points toward qualification for the Kentucky Oaks (G1) on April 30 at Churchill Downs on a 100-40-20-10 scale for the first- through fourth-place finishers. The stakes will go as the ninth race on Saturday’s 11-race program with a 5:30 p.m. ET post time. First post time Saturday is 1:05 p.m.

A total of 34 fillies that have run in the Central Bank Ashland have gone on to win the Kentucky Oaks, most recently champion Monomoy Girl in 2018.

Favored at 9-5 on Mike Battaglia’s morning line is Malathaat, who is making her 2021 debut. Trained by Todd Pletcher, Malathaat closed her 2020 campaign with a victory in the Demoiselle (G2) at Aqueduct. Joel Rosario, who won the 2014 Central Bank Ashland with Rosalind (who won the race in a dead heat with Room Service), has the mount and will break from post five.

Luis Saez, who has been aboard for all three of Simply Ravishing’s victories, has the mount and will break from post position three.

“It will be good to get her going,” McPeek said. “She has been ready for a while. It will be nice to be back to Keeneland, where she won the Alcibiades (G1). She has been ready since early to mid-March, but I did not want to ship her from Florida. I have (Alcibiades) runner-up Crazy Beautiful, and I did not want to run them against each other in the Gulfstream Park Oaks (G2) (won by Crazy Beautiful.) Simply Ravishing is extremely talented and she won the Alcibiades, so it just seemed logical to run her back in the Ashland.”

Willis Horton Racing’s Honeybee (G3) winner Will’s Secret is the third choice at 7-2. Trained by Dallas Stewart, who won the 2019 Central Bank Ashland with Out for a Spin, Will’s Secret has won her past three races, including the Martha Washington at Oaklawn Park. Jon Court has the mount and will break from post six.