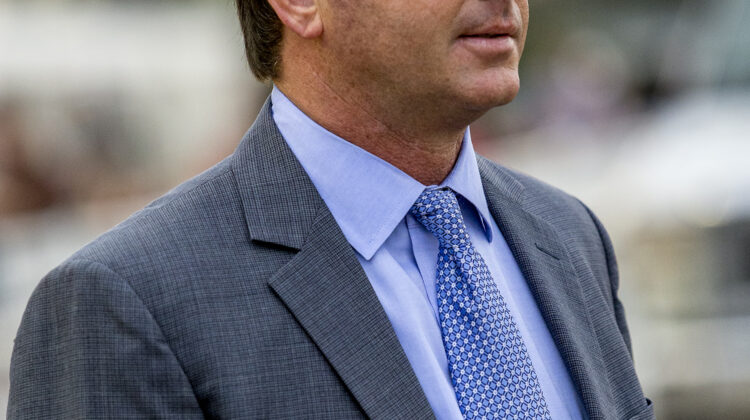 Cox added two more to regain command on Saturday, but Calhoun figures to answer back in short order. From low-level Louisiana-bred runners to top-level stakes horses, Calhoun has enjoyed success in all categories, but he’s really thrived on turf, where Gentle Soul joined Who took the Money and Excess Magic with two wins each on the grass.

Thirteen wins is an impressive win total less than halfway through the meet, but consider how hot his hand has been since December 11 — 11 for 39 (28%). Never one to chase trainer titles, Calhoun, according to his own recollection, took the 2005 crown at Remington Park and added the 2012 title at Lone Star 2012. Nearing 30 years as a trainer, his numbers speak for themselves: 3,353 wins and nearing $100 million in earnings (currently at $94,848,491).

The question at hand: Does he have the fire in the hole to compete for this meet’s Fair Grounds title?

“I wouldn’t think so,” Calhoun said. “It’s funny how this meet has gone. I thought I had a few Louisiana-bred maidens that would have already won. I tried to have them ready to run at the first of the meet. As the best laid plans go, a couple of them got sick, a couple had minor injuries. So those are horses that are still out there and I think will win for us soon. Instead, we’ve won with some that you thought were going to run and had chances but you don’t think they are can’t-lose type horses. We’ve been fortunate to win with those. The other thing is, we try not to have a lot of grass horses but we’ve won with a lot of grass horses. So it’s been a pleasant surprise in some places.

“I don’t get at this point in my life too worked up about titles,” Calhoun continued. “I just want to win as many races as we can and put them in the right places and win. It’s always nice to be part of the thought process for that (title) but it’s not something that drives me to maneuver horses here or there, to pull horses from other places just to win races. I just like to win the right races for the right money.”

One of Calhoun’s most promising horses on the grounds is Hidden Brook Farm and Black Type Thoroughbreds’ Hidden Connection, who has posted four local works, including 1:00 4/5 breeze on Saturday morning. The winner of her first two starts, including the Pocahontas (G3) at Churchill Downs with an 88 Bris speed figure, the filly by Connect concluded her freshman season finishing fourth after a stumbling start in the Breeders’ Cup Juvenile Fillies (G1).

“She’s not quite ready yet,” Calhoun said. “There’s no reason to force it. She’s a smaller, lighter filly. We’re not going to pound a bunch of races into her too soon. She’s coming along nicely. I think she is bulking up, which is something we wanted to see. So we’re really happy where she is in her training and her development. At the end of the day we sat down and talked about it (running in the Silverbulletday) and we are going to stay with our plan of waiting and going to the Rachel [Alexandra (G2) on February 19].”

An early buzz horse for the Kentucky Oaks, Calhoun says he won’t force it.

“Everybody has the hopes and dreams of the Oaks and all that, but I don’t want to do anything to set her back from a tremendous filly career,” he said. “There are a lot of spots that could fit, including the Eight Belles (G2) (at seven furlongs), I don’t know yet.  We’ve had some nice 3-year-olds the last few years. We campaigned them smartly, and they’ve made 1 million or 2 million apiece and they’ve been worth a lot of money. I am going to take the same path with this filly.”

Tejano Twist capped off a nine-race 2-year-old season finishing second in the $100,000 Gun Runner, which awarded 10-4-2-1 Kentucky Derby points. The game plan going forward looks to be at one-turn distances for the son of Practical Joke.

“I’ve shipped him over to Copper Crowne [training center],” Calhoun said. “He’s walking the shedrow for a few weeks. He’s going to go back into training on Monday. You won’t see him back to the races for a couple months. We just gave him a little breather. End of the day we didn’t have Derby dreams [with Tejano Twist], but I do think he is a very good one-turn mile, shorter distance horse, so we are going to freshen him up for the spring.”

Some of Calhoun’s horses notching wins on the turf: Gentle Soul, Excess Magic, Lovely Ride and Who took the Money.

A half-brother to the Calhoun-trained multiple stakes-winner By My Standards, the 5-year-old Gentle Soul didn’t race until he was 4 but in his last two start blew through his first- and second-allowance conditions. Improving upon his first two-turn turf try, the son of Tapizar earned an 87 Bris, displaying a sobering turn of foot to flash a Bris late pace figure of 106.

“Obviously this horse has been slower to develop than By My Standards was,” Calhoun said. “This horse had some injuries along the way early in his career. He’s always trained like a good horse even though he hasn’t always run like one. I do think it is a light-come-on type of situation. He’s been a bit of a disappointment to us up until now. His mother was turf we were honestly searching, and that’s how we landed back on the turf and he has had two monster races.”

Third in last summer’s Honorable Miss (G2) at Saratoga, Ain’t No Elmers had a tough go in the recent $75,000 Menard Stakes at Fair Grounds.”

“She came out of it great,” Calhoun said. “Trip-wise it was absolutely horrible. We lost all chances at multiple spots along the way there. At the end of the day the soft turf that day didn’t do her any good. If she gets back to really good form we’ll go on, if not we’ll probably breed her after the next race.”

Thirty-one days down and 50 to go in the meet, the Calhoun barn is making the right decision in trying new angles with their horses, finding the ride jockeys to guide them home and placing them at the right levels. Aiming for the trainer title or not, with success like this, Calhoun will certainly hover near the top of the list throughout.