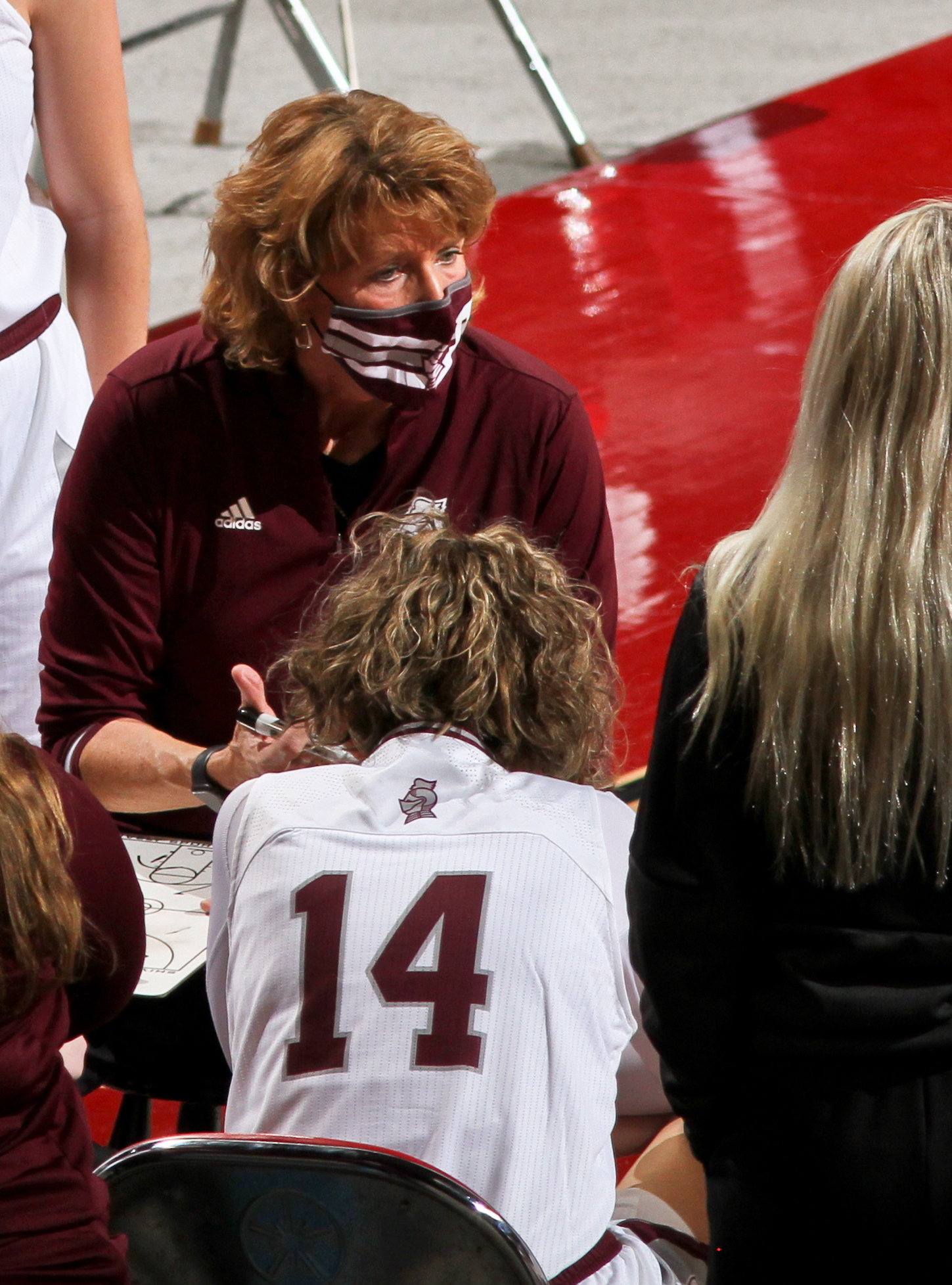 The fact that the Juan Cano-trained Lamartine made Dugan a winner right off the bat in a $50,000 claiming race was a huge perk. On Saturday, Lamartine, claimed by Two Dimes for $32,000 on June 6, attempts another big step by running in the $75,000 Good Lord Stakes at the RUNHAPPY Meet at Ellis Park. And even if she’s still a new to horse ownership, Dugan has a good idea what they’re facing plunging into stakes company.

After all, Dugan is the women’s basketball coach at Louisville’s Bellarmine University. Last year, the Knights moved up from NCAA Division II to Division I. The team that went 18-11, losing in their conference tournament semifinals of the COVID-shortened season in 2019-2020, went 5-11 in last season’s Division I debut.

“I’m going to compare this to if we go up against the University of Louisville,” said Dugan, who coached Southern Indiana’s women’s basketball team from 1991-1999, taking the Screaming Eagles to the 1997 Division II national championship game. “They historically are in the top five. Just to have that opportunity, to see where you are and to see what you’re made of what you have in you, hopefully that’s where we are on Saturday at post time.” 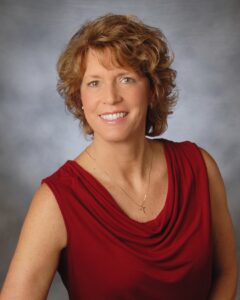 Growing up in Louisville, the graduate of Sacred Heart Academy (where she was a swimmer) and Eastern Kentucky University (where she walked on and earned a basketball scholarship) learned to love horse racing from her father.

“It’s been a dream of mine forever,” Dugan said of horse ownership. “My dad used to take me to Churchill all the time, teaching me how to read the program and what he was looking for. I always said that if ever I had the opportunity to do it, I would. Growing up, I wanted to be a jockey. But I’m 6-3, so that didn’t work out.”

She calls winning her first start as an owner “surreal.”

“I think it was 22 years to the day the last time I was with my dad, and we were actually at Churchill Downs,” Dugan said. “To fast forward and be in the winner’s circle with your own horse, it was kind of cool. He got out to the lead, which he likes to do, and when he got to the top of the stretch, I was like, ‘Oh my gosh, he went out too fast. There’s no way. They’re going to be coming rolling.’ And he went to another gear. It was an awesome feeling. It was like winning a game.”

Dugan knew several members of Two Dimes, including managing partner Clint Glasscock, Brad Ray and Joe Montano, whose daughter Therese played for Dugan at Bellarmine. While she only owns a tiny fraction of Lamartine, emotions run big whether one is in for a hair or in for the whole horse.

“I went to see him the day before he raced, and he’s beautiful,” she said. “A lot of times that doesn’t have anything to do with it, but he looked like he could really run. I know nothing about horse racing other than trying to pick winners. But I look at his prior races and how he was doing, and I think they were smart to shorten up the distance. Because I think he’s a sprinter.

“Being a coach, I kind of want to coach him. But I’m going to leave that to Juan. He’s doing a fantastic job. I’ve asked him a couple of questions. I just love the differences of what it’s like to coach an animal versus a human. It’s a whole different ballgame, because they don’t have any feedback for you – other than what they’re telling you when they’re running.” 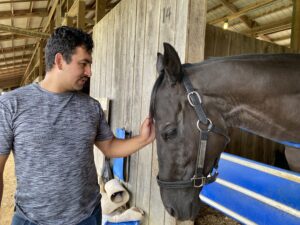 The Brazilian-bred Lamartine is racing for a $50,000 purse, given that he’s not a Kentucky-bred (for which the race purse includes $25,000 in Kentucky Thoroughbred Development Funds money). He’s 15-1 in Jimmy McNerney’s morning line and will be ridden by Gabriel Saez.

“There’s not a lot out there for him, so we thought we’d take a shot at it,” Montano said. “It will be a tough race.”

Dugan thinks her horse and her team have one thing in common, saying, “I think they’re going to surprise a few people this year.”