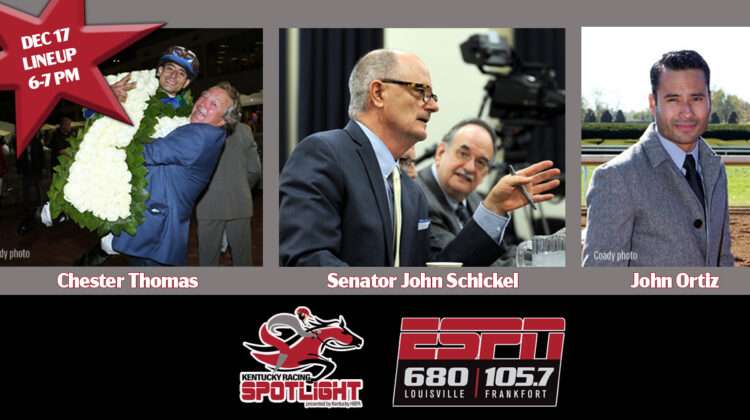 Thomas, who campaigned multiple stakes-winners Mr. Money and By My Standards, lives in Hanson, Ky., which while being spared by last week’s horrific tornados is in close proximity to the devastation throughout Muhlenberg County and Dawson Springs.

Ortiz — who began training in 2016 and is stabling for the winter in Kentucky and Arkansas — is off to a strong start at Oaklawn Park. His three wins out of 11 starts include $40,000 claim Hollis upsetting heavy favorite Nashville in an Oaklawn allowance race. Ortiz has Mr Dumas in Saturday’s $100,000 Prairie Bayou at Turfway Park and Huge Bigly in Oaklawn’s $200,000 Tinsel Stakes.

In addition to airing on n ESPN 680-AM/105.7 FM, the region’s sports-talk leader, Kentucky Racing Spotlight will be streamed live at espnlouisville.com, on the ESPN 680 app and the TuneIn and iHeart apps. The replay will be available on espnlouisville.com under the podcasts tab.