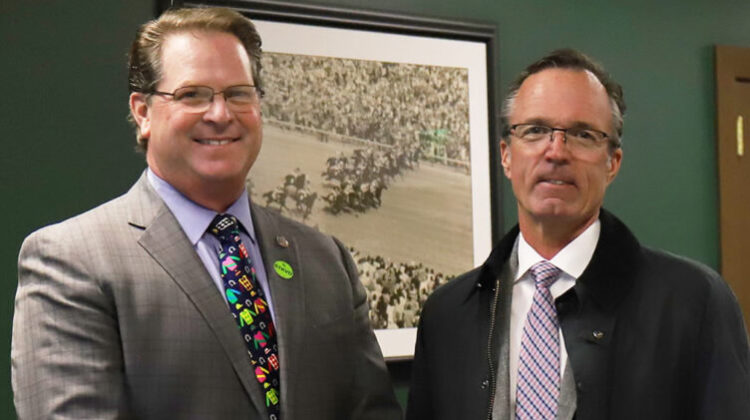 Kentucky horsemen: The text below is a memorandum prepared by National HBPA CEO Eric Hamelback and General Counsel Peter Ecabert following a Zoom meeting Monday of attorneys involved in the legal action. The PDF link below goes to a summary prepared by Peter.

As the decision from Friday continues to unravel, we collectively are trying to layout plans and answer questions. Monday, we hosted a call with several attorneys who have been involved with all of our associated cases. On the call we discussed in detail the various options and current status of HISA after the 5th Circuit’s decisions.

What do we do now in light of the decision of 5th Circuit Court of Appeals that HISA is unconstitutional? There are options on the table that the FTC or the HISA Authority Corporation may take to delay the implementation of the unconstitutionality decision. During this time frame, it is important that we convey the message that we believe horsemen currently racing should continue to comply with HISA regulations as HISA is currently the law of the land. The only exceptions to that are the states of West Virginia and Louisiana. However, with that said, we encourage affiliates to strongly request your racing commission to get an opinion from your State’s Attorney General. Having that opinion may provide an exception as well.

Undoubtedly it will take time for the decision on unconstitutionality to be final – it likely will be sometime in mid-January 2023 before it is finalized unless the FTC or Authority take actions asking the court to reconsider or take action to appeal the decision. This type of action would have the effect of delaying the time when HISA is shut down. The bottom line is during this time period HISA remains the law and we must respect it as such even though we have a solid opinion from the Court that HISA is unconstitutional, unless your State Racing Commission and State Attorney General determine HISA’s validity in the particular jurisdiction.

We also want to bring you up to speed on the Louisiana Case (#3 Filed) – Louisiana, West Virginia, Louisiana HBPA, Jockey’s Guild and others. In this case federal Judge Doughty of the Western District of Louisiana granted an injunction against the implementation of various HISA rules based upon violation of the Administrative Procedure Act. The decision was limited to application within Louisiana and West Virginia, but since the Jockey Guild was a party to the suit there is a pending motion to ask the court whether it applies to Jockey Guild members outside of these two states.

Before further clarification could be issued, the injunction was stopped by the 5th Circuit to allow it time to review the matter. The 5th Circuit issued an order also on Friday and lifted the stay, sending the matter back to Judge Doughty. In this case, there are a number of Affiliates who have moved to intervene (including Kentucky). In a positive turn of events, it is likely this matter will be heard in December, 2022 with a decision before end of year. Thus, if the Judge grants a permanent injunction and intervention, this case could have nation-wide effect in shutting down much of HISA and they would be enjoined from enforcing much of the safety rules currently in effect.

We understand it’s confusing and the cross-over in the cases makes it more complicated. However, we are in the lead right now and for that I am happy, but we know the race is not over. Racing commissions should be happy with our efforts because in many ways we have helped save their positions at least for the time being. Now it is up to us to bring about the uniformity the industry needs, through stakeholder input – from the beginning. 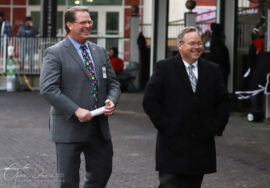