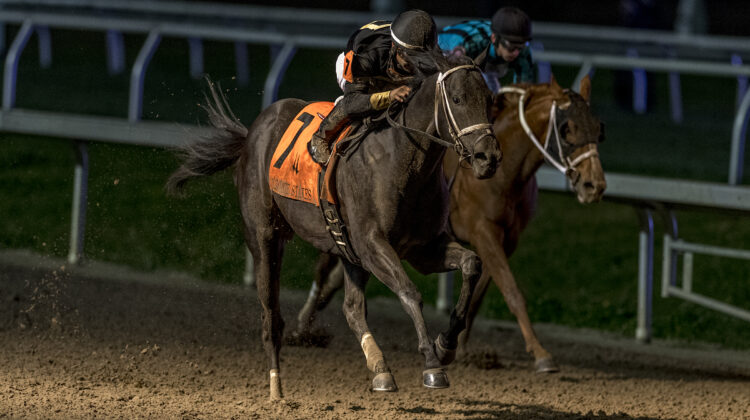 Stakes recap by the Fair Grounds publicity department (Photo of Instant Coffee beating Two Phil’s in the $200,000 Lecomte Stakes on the road to the Kentucky Derby by Hodges Photography/Jamie Newell)

New Orleans, La (Jan 21, 2023) – In a thrilling run down the Fair Grounds Race Course & Slots stretch, Gold Square’s Instant Coffee ran down Two Phil’s inside the final sixteenth of a mile to win Saturday’s 79th running of the $200,000 Lecomte (G3) by 2 1/2 lengths, earning 20 points towards a potential run in the Kentucky Derby presented by Woodford Reserve. Backing up his impressive win in the Kentucky Jockey Club (G2) in November, Instant Coffee now has 32 qualifying points, second only to the undefeated Forte, who has banked 40.

Instant Coffee clocked 1 1/6 miles on a fast track in 1:45.12 under jockey Luis Saez, who rode the winner for trainer Brad Cox. Cox’s fillies ran first and second in Saturday’s Silverbulletday, with The Alys Look pulling away from Chop Chop late. On Road to the Derby Kickoff Day, the Cox barn sent out winners in three of the four 2-year-old stakes, including Jace’s Road win in the Gun Runner, Corona Bolt’s win in the Sugar Bowl, and Dazzling Blue’s win in the Letellier.

“I really liked the way (Instant Coffee) picked them up at the 3/8ths (pole),” Cox said. “Oftentimes in these two-turn 3-year-old races there’s some speed and there was (today). Luis (jockey Saez) did a good job guiding him to the outside and he stayed on down the middle of the track. He likes Churchill (Downs). He likes a long stretch. He’s a nice colt. He’s a really sound horse with a good mind. Hopefully we can keep him happy and healthy. You have to be able to put them on a van, ship them around. That’s what good horses are going to have to do. You can’t have any excuses. This horse has been able to do that, but right now I’m pretty content with keeping him right here.”

The Lecomte-Silverbulletday (The Aly’s Look) double went to Brad Cox and Luis Saez, who also won on Derby-hopeful Determinedly in an allowance race earlier in the card. It was the first win in the Lecomte for both trainer Cox and Saez. Cox did run third in the 2021 Lecomte with eventual Risen Star (G2) winner Mandaloun, who was the adjudicated winner of the Kentucky Derby that year when Medina Spirit was disqualified.

A horse with proven stamina, Instant Coffee let the field go early, settling in last, six lengths behind the front runner Echo Again who blitzed through the early factions in 24.20 and 47.19 seconds. Confidence Game tracked Echo Again three wide and in the second turn made his move for the front as Echo Again faltered. Emerging from a relaxed stalking trip in the second turn, Two Phil’s moved to the lead at the top of the stretch and dug in for the battle against Instant Coffee, who charged down the five path and proved to be too much.

“We knew there was going to be a little speed in the race and that the long stretch is good for him,” Saez said. “We were in good shape (going in). I felt like when he came into the stretch, he wanted to pass everybody and get there first. He’s a pretty honest horse. Brad (trainer Cox) always does a great job.”

“I thought he moved a half a touch early, but he ran really good,” Loveberry said. “He dug back in, he wanted to come back. He got outrun today but he’ll be back.”

Confidence Game finished 7 3/4 lengths back in third, earning 6 points to go with the 1 point he earned finishing fifth in the Iroquois (G3). Three lengths behind Confidence Game, Denington earned 4, and now has 8. Further up the track, Bromley earned 2 finishing 5th. Pulled up in the homestretch, Echo Again finished last.

Gold Square has hopes that Instant Coffee can be their second Kentucky Derby runner after the Brad Cox-trained Cyberknife competed in last year’s edition. 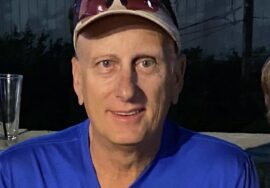