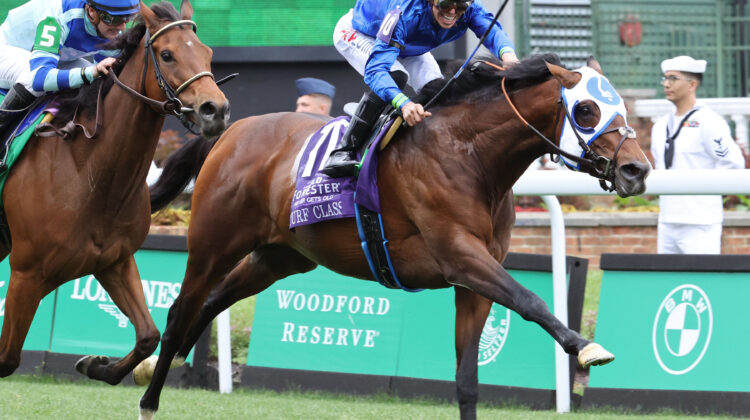 “While our new Bermuda-hybrid turf course continues to mature to its ultimate potential, we are being appropriately conservative by limiting the number of races in the best interest of long term preservation of the surface and growing root system,” said Churchill Downs Racetrack President Mike Anderson. “The course is healthy and vibrant and we are extremely optimistic about its performance now and in the future. However, we don’t want any setbacks to its progression, especially right now during its critical growth season. Our plan is to take advantage of the width and versatility of the new course and run the two marquee races – the Arlington Million and Beverly D. – in two separate running lanes to provide fresh ground for each important race.”

The featured 39th running of the $1 million Arlington Million (GI) for 3-year-olds and up at 1 1/8 miles on turf will be run late in the program from Lane 1 with a maximum of 14 entrants.

Entries for the Aug. 13 card will be taken Tuesday.

Thanks to cooperation from Ellis Park, the Kentucky Horse Racing Commission and Kentucky horsemen, Churchill Downs Racetrack is hosting the Arlington Million and Beverly D. for the first time. They were previously run at Arlington Park until the racetrack closed in 2021.

Tickets for general admission and first floor seating are $14. Reserved seating starts at $17 and reserved dining starts at $82. To purchase tickets, visit www.churchilldowns.com/tickets.